Tara Reid Is Pretty Sure a Sharknado Could Actually Happen

Tara Reid Is Pretty Sure a Sharknado Could Actually Happen 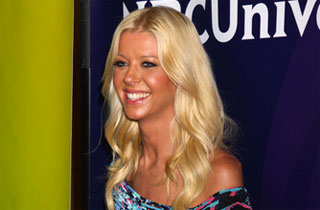 Tara Reid, the star of Sharknado 2 and the Hope Professor of Zoology at Oxford, wants people to know that, with the perils of global warming looming on the horizon, we should all be on the watch for sharknados. (Sharknadoes?)

Uh, science is pretty damn sure otherwise: physics dictate that a large, man-eating shark could never be picked up by a tornado. From Mother Jones:

“There are records of small fish being picked up by waterspouts, but sharks are pretty big and that makes it a lot harder” Harold Brooks, a senior scientist at NOAA’s National Severe Storms Laboratory, insists. “And how are they gonna survive outside of the water? My guess is if [the tornado] gets some baby sharks, they might get thrown. But they wouldn’t do a whole lot of damage—assuming they live.” Brooks went on to say that if a twister were strong enough to scoop up a bunch of large sharks, the debris present in tornadoes—wood, metal—would essentially filet the animals. “The sharks would not be in very good shape,” he says.

And, according to this simulator from The Weather Channel, a pig could actually be picked up by a tornado. So chew on that, Tara Reid:

Never let the facts get in the way of a good SyFy channel movie, which premieres on August 21st.