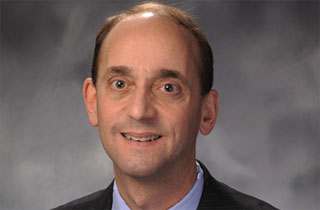 In his first interview since two suicides rocked the Missouri governor’s race, political consultant Jeff Roe admitted that he was the man behind an ad that allegedly drove Tom Schweich, a frontrunner in the state’s GOP primary, to kill himself.

Roe, who is currently managing Texas Sen. Ted Cruz‘s presidential campaign, said in an interview with The Kansas City Star that had he known about Schweich’s mental state, he would have never run the ad, which compared the state auditor to a “little bug” who could easily be manipulated. He paid $8,300 out of pocket to run the television spot, via Citizens for Fairness in Missouri, during an airing of The Rush Limbaugh Show.

Prior to his death, Schweich had alleged that he was the subject of an anti-Semitic whisper campaign in the GOP, despite the fact that he was not Jewish. He was, however, described as an emotionally fragile man who spoke frequently of suicide, and a recent Washington Post feature revealed that his friends and family had tried to dissuade the lawyer and Chief of Staff to three U.N. ambassadors from running. During the funeral, Schweich’s political mentor, former Sen. John Danforth (R), alluded to Roe as a “bully”. Weeks later, Schweich’s aide, Spence Jackson, killed himself as well.

Roe denied that he had a personal feud with Schweich, adding that he had discussed potentially working for his campaign prior to his announcement “There’s no way that anyone could ever go through and be a part of the political landscape and not be impacted by the tragedies that have happened the last two months,” Roe said. “It’s sad. It was never expected. It’s an awful time.”

Roe, who currently works for GOP candidate Catherine Hanaway, mentioned that while he would still have a small role in her campaign, he would decrease his involvement. “She had a very aggressive conversation with me afterwards about my participation in the race and what it would look like if I wanted to stay involved going forward,” he said.