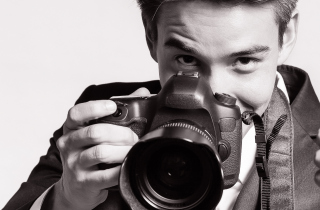 The top criminal court in Texas upheld the constitutional right of its citizens to take “upskirt” photographs of unsuspecting strangers as an expression of free speech.

The ruling makes Texas the second state to weigh in on such shots that typically involve men photographing women from an upskirt angle in public spaces. Massachusetts’ Supreme Judicial Court recently ruled that so-called “panty pics” are protected speech, even if the female subject did not consent to being photographed.

The Guardian reports on the Texan case:

Criticising an anti-“creepshot” law as a “paternalistic” intrusion on a person’s right to be aroused, the Texas court of criminal appeals struck down part of the state’s “improper photography or visual recording” statute which banned photographing, broadcasting or transmitting a visual image of another person without the other’s consent and with the intention to “arouse or gratify … sexual desire”.

The case stemmed from the arrest of a man in his early 50s named Ronald Thompson who was stopped in 2011 at Sea World in San Antonio after parents reported him swimming with and taking pictures of children aged 3-11. The local district attorney’s office said that he tried to delete the photographs before his camera was seized and a police examination of it revealed 73 images of children in swimsuits “with most of the photographs targeting the children’s breast and buttocks areas”.

Prosecuting lawyers argued that the constitutional right to free speech, which includes taking public photographs, should not be a factor because photography is essentially a technical recording process and that attempted lawbreakers should not be able to hide behind free-speech protections.

Critics of anti-upskirt laws fear such rules would effectively outlaw paparazzi photographers because it would be difficult to draw a distinction between “peeping Tom” photographs and shots that are snapped with the intention of sexual arousal.