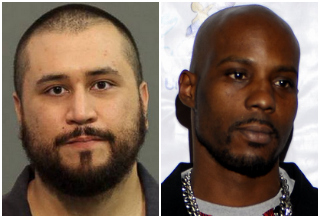 It was a project doomed from the start. Earlier this week, TMZ began dropping hints about a celebrity boxing match that would have pit acquitted murder defendant George Zimmerman against rapper DMX. Now, despite DMX’s promise to “beat the living fuck out” about of his potential opponent, it looks like he won’t have the chance.

On Saturday, the promoter of the boxing match, Damon Feldman, announced on Twitter that he has decided not to move forward with it.

Feldman’s decision comes after the fight was roundly criticized for exploiting the death of Trayvon Martin, who Zimmerman shot and killed in February 2012 and would have turned 19 years old this past Wednesday.

CNN’s Don Lemon spoke out against the idea earlier in the week, saying, “I’m sure like DMX, George Zimmerman needs a gimmick for a quick buck. But that buck should not be made on the back of a dead teenager. I for one will be standing my ground by having no part in the DMX/George Zimmerman circus act, if it does happens.”

In addition, Philadelphia Magazine held a poll asking readers if they thought the match, which had been scheduled for March 15th, should be canceled. 95% of respondents said yes.