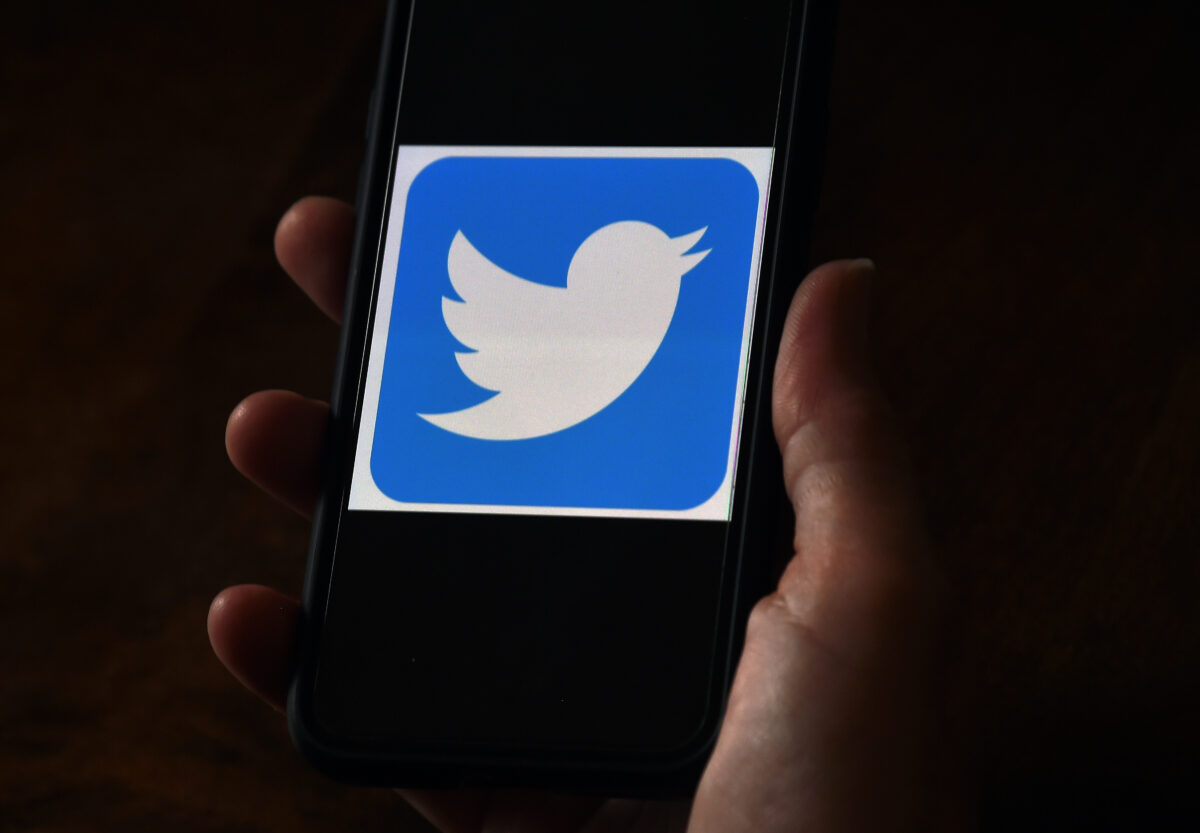 Dean Browning, a former GOP Lehigh County (Pa.) Commissioner posted a very strange tweet on Tuesday afternoon, in which he, a straight white man claimed to be a “black gay man” while bashing Democrats in a reply to his own attack on Joe Biden.

And thus an online mystery was born…

The obvious demographic disconnect immediately raised eyebrows and prompted suspicion that the “proud pro-life & pro-2A Christian conservative” had mistakenly forgotten he was not logged into a sock puppet account when he replied to a two-day-old tweet from Browning’s verified account.

“I’m a black gay guy and I can personally say that Obama did nothing for me, my life only changed a little big and it was for the worse,” Browning’s blue check account tweeted. “Everything is so much better under Trump though. I feel respected — which I never do when democrats are involved [sic].” 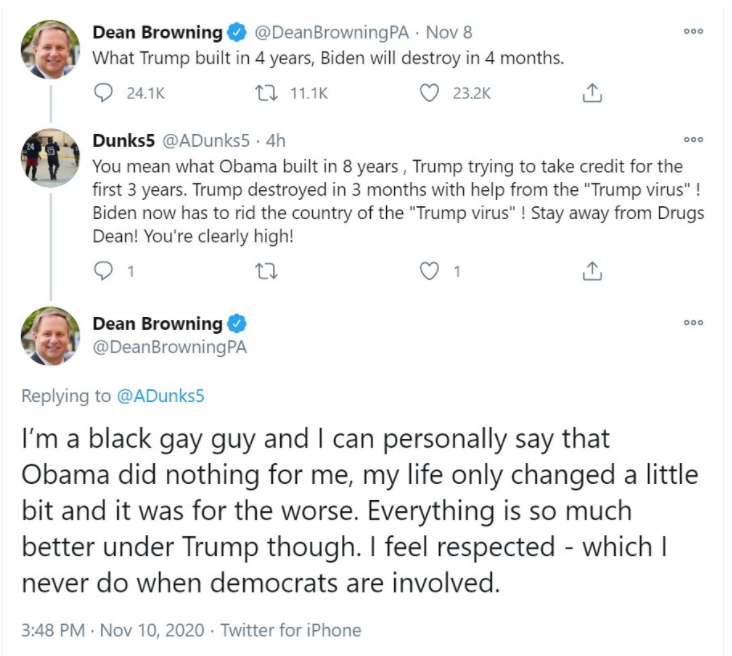 The absurd and obviously misleading post quickly went viral, and not long after was deleted. Nearly 20 minutes later, Browning returned to Twitter to post this explanation: “Regarding the tweet that is going viral from my account — I was quoting a message that I received earlier this week from a follower. Sorry if context was not clear.”

Regarding the tweet that is going viral from my account — I was quoting a message that I received earlier this week from a follower.

Sorry if context was not clear.

Many people won’t say it vocally, but do in private.

In fact, there was no context at all, or attempt to claim Browning was purporting to be giving anyone else’s opinion but his own — if he was pretending to be someone else.

Sharp-eyed Twitter sleuths noticed that one of the most frequent repliers to the GOP politician’s tweets come from a “@DanPurdy322” account. “Purdy” launched his account just last month, follows dozens of conservative media figures and national Republicans (along with Browning), and has described himself as black and gay multiple times. After a cursory search, for example, on November 1 “Purdy” used the nearly exact same demographic self-identification as the questionable Browning reply in a different reply to Browning back on November 1.

And here’s a selection of times @DanPurdy322, whose account is brand new and who replies to @DeanBrowningPA A LOT, has described himself as a black gay guy. pic.twitter.com/z5xabE2Fgn

You know who replies to Dean Browning a lot? “Dan Purdy,” a gay black Trump supporter who joined Twitter in October. @DanPurdy322 pic.twitter.com/Gbpjg1ESUZ

Also of note, the “Purdy” account has only tweeted 377 times as of Tuesday afternoon, but 73 of those — fully one-fifth — were in reply threads of Browning tweets.

So was Purdy just an alt account that Browning used to boost his own ego and traffic? Browning directly denied it in a conversation with Luke O’Neil.

Dean Browning randomly just subscribed to Hell World (thanks!) and I asked him if the DanPurdy account was his or not and he denied it. pic.twitter.com/7EpKtjeBYp

The final reveal on this online drama came barely an hour later, when Purdy himself appeared in a video on his Twitter account, saying that he was “Not a bit. Not a sock puppet. [sic]”

Not a bit. Not a sock puppet. pic.twitter.com/SCkisd2uLp

Purdy proceeded to confirm Browning’s account, claiming that he had sent the unattributed message knocking Democrats that Browning replied with. But Purdy did add this odd caveat: “I don’t actually know how it was posted, but I did send it to him.”

After defending Trump’s record in office, Purdy circled back to the Browning post and concluded: “What’s the big deal?”

“I sent that message to Dean, Dean accidentally posted it somehow, and that’s the end of the story,” Purdy explained in a not very clear explanation.

And thus, the mystery was solved…kind of?

It turns out, “Purdy” is merely a nom de plume. His real identity is William “Byl” Holte, and he also happens to be…Patti LaBelle’s nephew?!

*incorrectly identified thanks to a google/wiki glitch as her son

ANYWAY
WHAT
THE FUCK https://t.co/1Vvs8oKtNI

For those who still have doubt or who wonder how I came to this conclusion, notice: