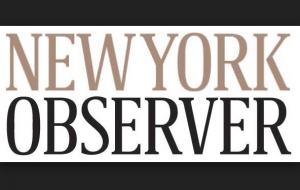 The Observer is having a really rough time right now. The publication is run by Donald Trump‘s son-in-law, Jared Kushner, and there has been some Trump-related fallout lately. Reporters have walked because they don’t want to be associated with the magazine’s endorsement of the mogul and after a Jewish reporter spoke out against Trump’s anti-Semitism by lambasting Kushner in an open letter, they just banned open letters about Trump in general.

They should consider banning listicles now, too.

In a piece called “9 Steps to Hating Yourself Less,” Mark Manson details self-loathing and its causes, but ties it all together like this:

The goal here isn’t to get rid of that self-loathing. The only way to do that would be to remove our consciences and/or become psychopaths. And we don’t want that.

I also don’t recommend suppressing your self-loathing, or else you might end up shooting up a nightclub in Orlando.

Every digitally-based writer knows that linking to other articles is an important step. Not only do readers become more informed and is it possible to tie two otherwise conflicting ideas together, but it does wonders for site traffic and analytics. Every single person wins.

Well, except when a reference to an event that ended with 50 dead people is glibly thrown into a listacle about overcoming the blues after not getting a job or eating too much cake.

Yes, the Orlando shooter was probably a closeted gay guy who hated himself for his impulses, but following the nine-step program detailed on a newspaper’s “Business & Tech” blog wouldn’t have helped him. He was radicalized. He was not the average person who stays up too late and then finds themselves looking in the bathroom mirror the next day, demanding, “Why do you do this to yourself?”

Trying to battle the creeping sensation of not being good enough is noble, but waiting only a month to invoke the deadliest mass shooting in American history is the sort of thing that should make someone feel equally as bad as eating too much cake, if not worse.