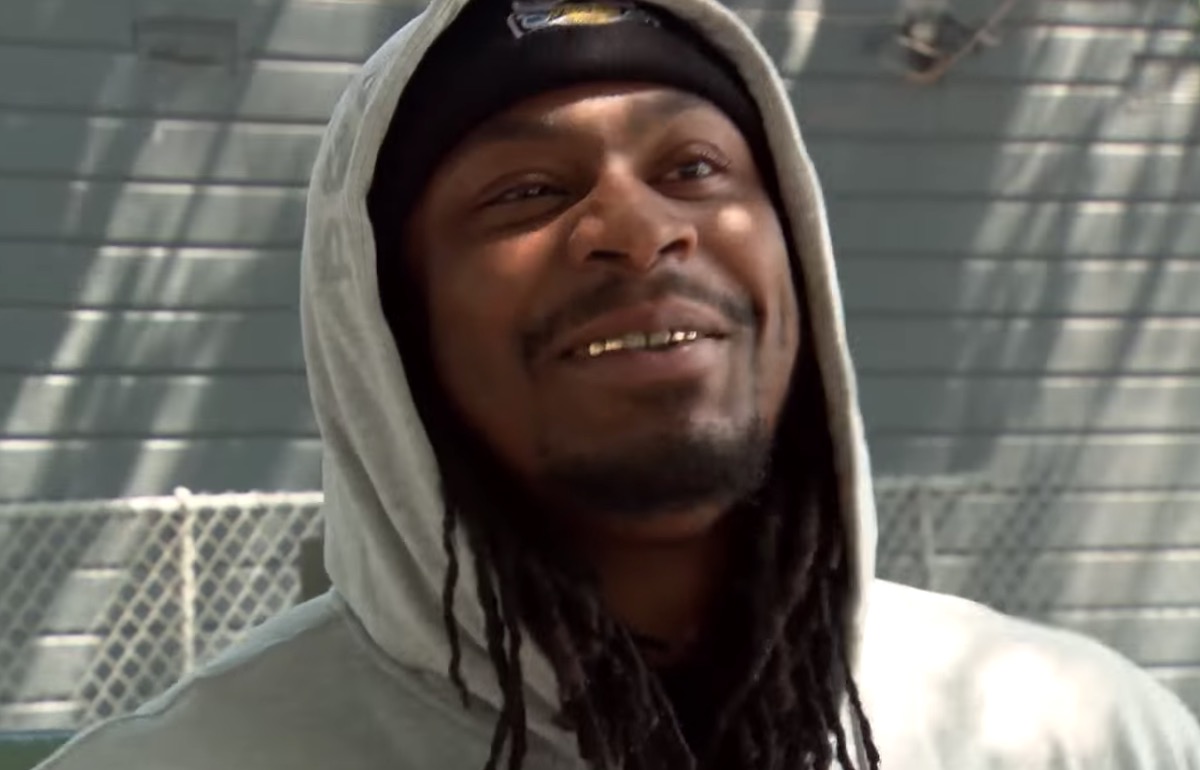 President Donald Trump was up early and tweeting Monday morning, taking aim at Marshawn Lynch of the Oakland Raiders.

During a game in Mexico City, Lynch remained seated for Star-Spangled Banner, but chose to stand for the Mexican national anthem. A photo of Lynch’s protest went viral over the weekend.

It’s the perfect fodder, of course, for a Trump tweet, and the president didn’t let the opportunity pass to engage the NFL player, calling him out for “Great disrespect!”

Marshawn Lynch of the NFL’s Oakland Raiders stands for the Mexican Anthem and sits down to boos for our National Anthem. Great disrespect! Next time NFL should suspend him for remainder of season. Attendance and ratings way down.

The president suggested that the NFL suspend Lynch, and also claimed that attendance and ratings of the NFL are “way down.”

Trump’s tweet attacking Lynch is the latest missive in his ongoing and very important war with NFL players over their anthem-kneeling protests. It also comes the morning after he declared that he should have left the UCLA basketball players in Chinese prison because they were not grateful enough.