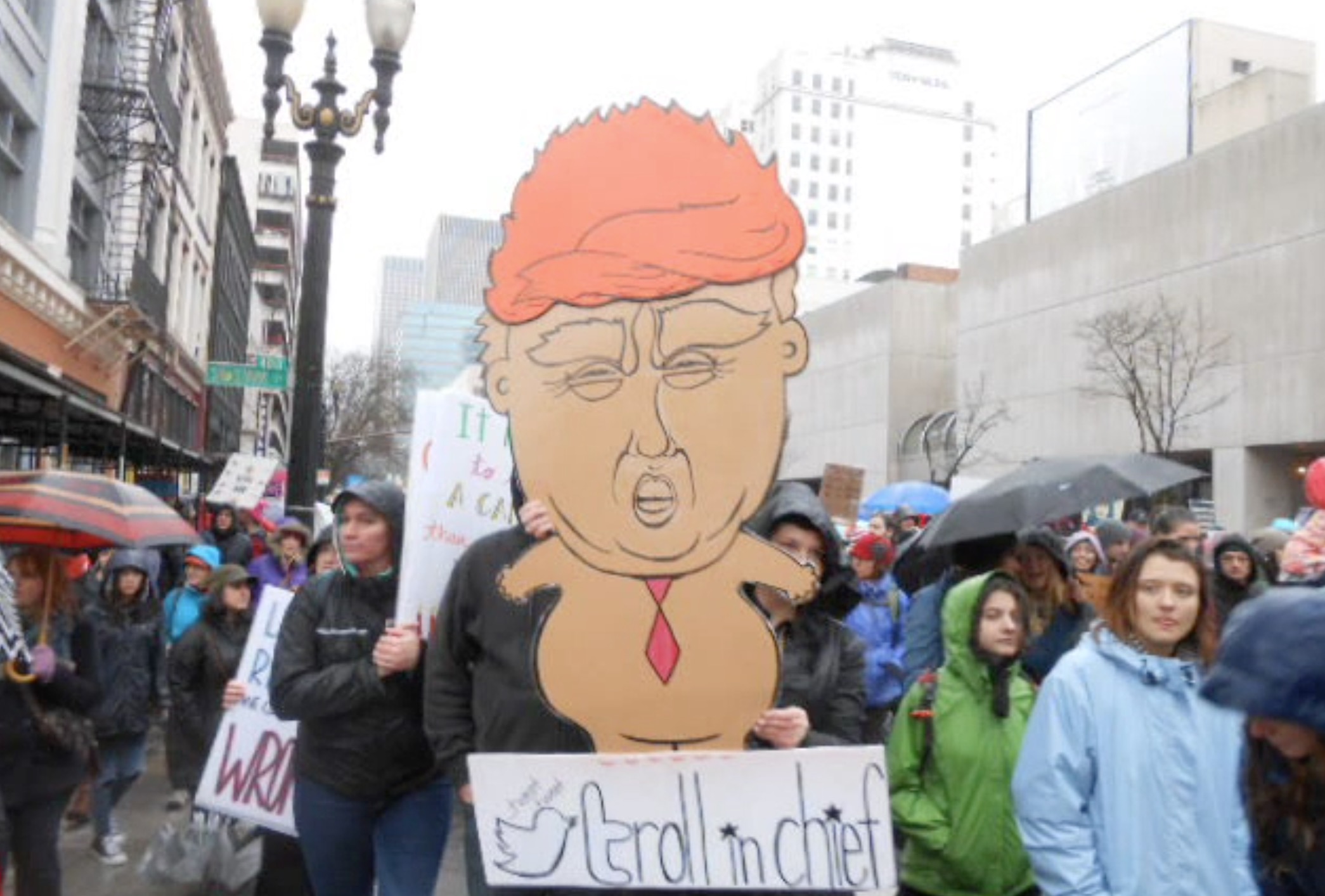 As hundreds of thousands of demonstrators took to the streets of Washington D.C. and other U.S. cities Saturday afternoon for the Women’s March, President Donald Trump took to Twitter to tout the event — and boast about the “unprecedented economic success and wealth creation that has taken place over the last 12 months.”

This year’s Women’s March is the second annual showing of an event that was held in protest of Trump’s inauguration in January 2017, and was attended by millions of people in cities across the country and world.

In Trump’s tweet touting the protest against his own presidency, he noted the “Beautiful weather” and urged people to “[get] out there now to celebrate”:

Beautiful weather all over our great country, a perfect day for all Women to March. Get out there now to celebrate the historic milestones and unprecedented economic success and wealth creation that has taken place over the last 12 months. Lowest female unemployment in 18 years!

The D.C. Women’s March will take place at the National Mall, starting at 11 a.m. EST near the Lincoln Memorial. Speakers include Sen. Tim Kaine (D-VA) and chairman of the Democratic National Committee Tom Perez.

Watch a live stream of the marches here.