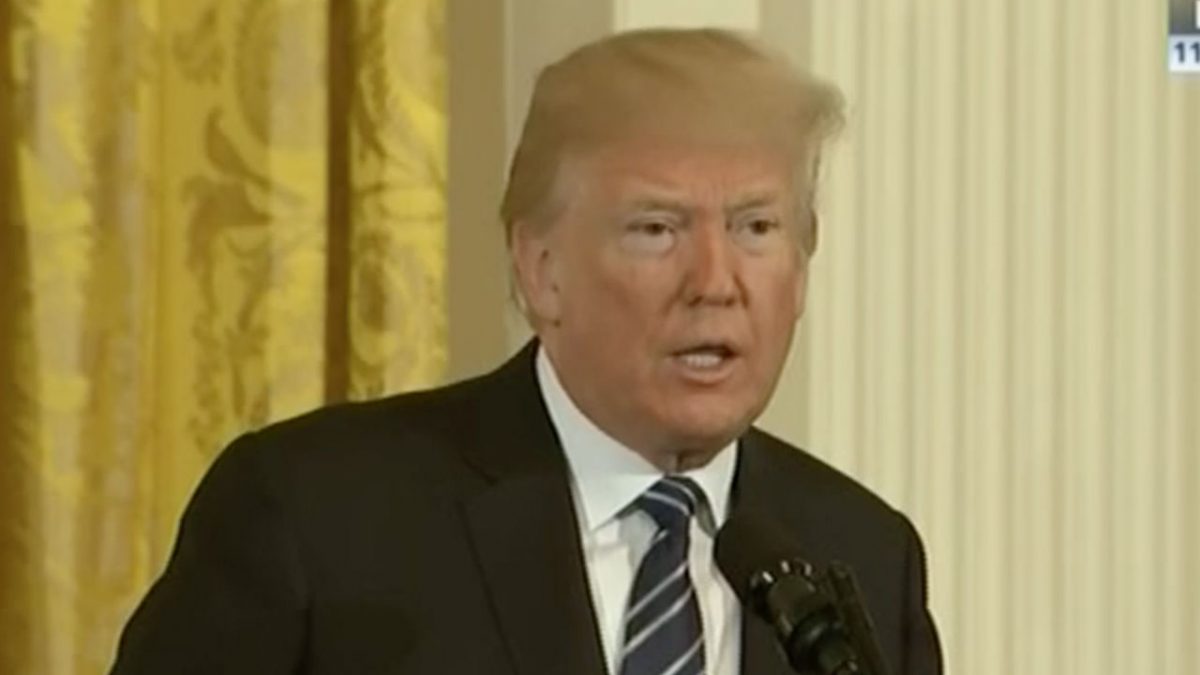 Public opinion has turned strongly against the Rigged Witch Hunt and the “Special” Counsel because the public understands that there was no Collusion with Russia (so ridiculous), that the two FBI lovers were a fraud against our Nation & that the only Collusion was with the Dems!

The President did not mention Mueller by name, though you’ll notice the quotes around “special.”

This tweet was initially posted with the wrong spelling of “counsel” (again), but was taken down and corrected minutes later: 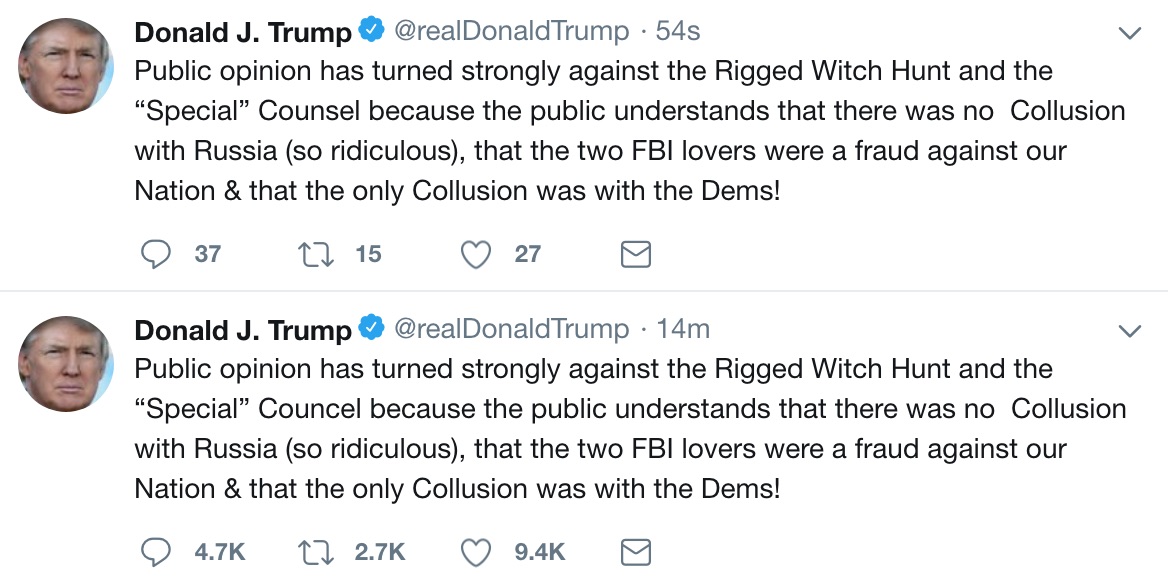 This comes as his own legal team is setting new conditions for an interview with Mueller.

Per Rudy Giuliani, “The special counsel, Robert S. Mueller III, needs to prove before Mr. Trump would agree to an interview that he has evidence that Mr. Trump committed a crime and that his testimony is essential to completing the investigation.”

Meanwhile, former Republican Senate majority leader Bill Frist put out an op-ed last night calling on GOP senators to stand up against the attacks on Mueller.