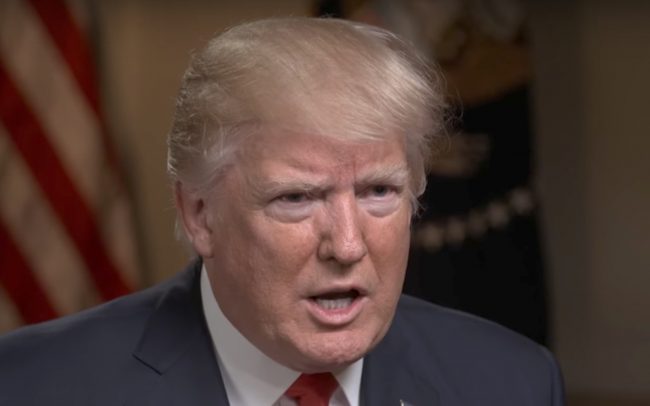 Donald Trump is not backing down from his nuclear rhetoric.

On Wednesday the President of the United States tweeted a pointed warning to North Korea, saying that the U.S. nuclear arsenal had been overhauled under his watched and that U.S. capabilities were “far stronger and more powerful than ever before.”

My first order as President was to renovate and modernize our nuclear arsenal. It is now far stronger and more powerful than ever before….

…Hopefully we will never have to use this power, but there will never be a time that we are not the most powerful nation in the world!

The tweets are a remarkable doubling down of the hostile rhetoric the president deployed yesterday from his working vacation in Bedminster, New Jersey. After news broke that North Korea had developed necessary technology to outfit a nuclear device on an intercontinental ballistic missile, Trump warned that he was prepared to rain “fire and fury” on the regime should they continue the escalation,

In a follow up tweet this morning, Trump warned that “there will never be a time that we are not the most powerful nation in the world!”