President Donald Trump began his Christmas Eve morning on Twitter, firing off tweets about FBI Deputy Director Andrew McCabe (again) and “Fake News.” He also decided to retweet a meme from a pro-Trump account that showed CNN as a blood spot on the bottom of his shoe. 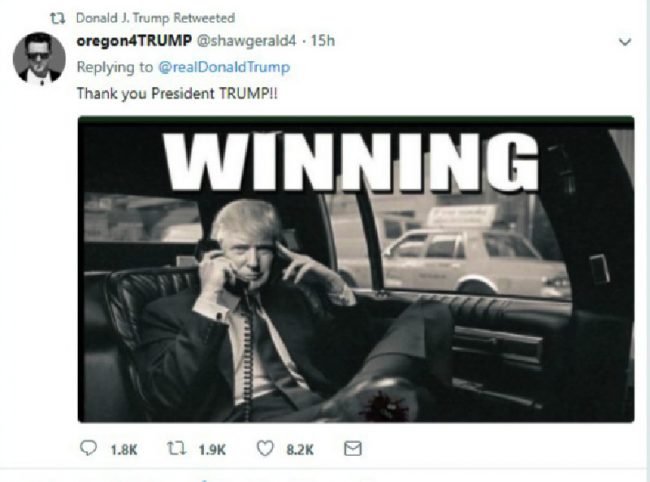 This isn’t the first time the president has used his Twitter account to share a meme of him committing violence against the cable news network that he constantly refers to as Fake News. This past summer, he retweeted a GIF showing him beating up a figure with a CNN logo as a head. He also retweeted (and deleted) a meme of a Trump train running over CNN.