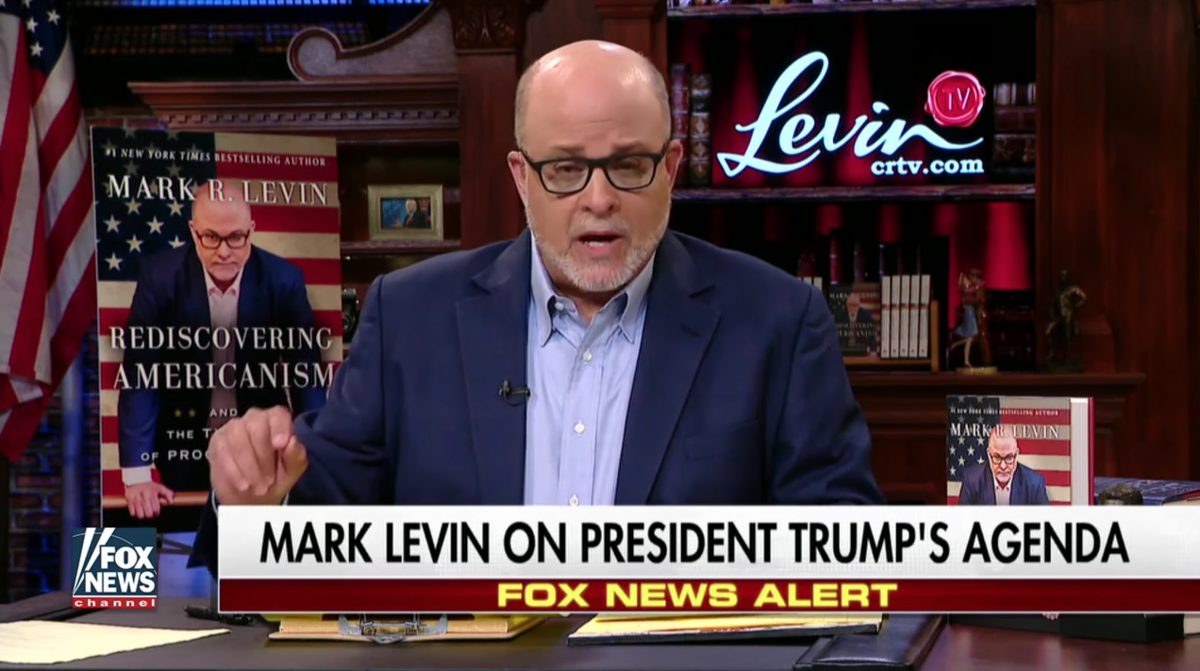 President Donald Trump threw a jab at his favorite punching bag from Mar-a-Lago on Saturday, taking to Twitter to declare the “Mainstream Media” is “being mocked all over the world.”

Trump’s tweet was in response to one from his adult son, Donald Jr., who was touting a clip from conservative commentator Mark Levin declaring that media attacks on the president are “unparalleled in American history.”

Mainstream Media in U.S. is being mocked all over the world. They’ve gone CRAZY! https://t.co/4UGYuJpUA7

Levin, whose Sunday Fox News show debuted last week, argued on his radio show that Trump is facing a degree of criticism from the press that was not seen by his predecessors, Presidents Obama and Clinton.

The president is spending the weekend at his Mar-a-Lago resort in Florida. After a visit to the golf course, Trump is expected to speak at a Trump Victory reception, a joint fundraiser for his reelection campaign and the RNC.