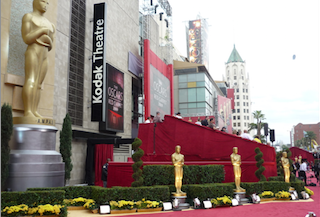 The 87th annual Academy Awards don’t officially begin until 8 p.m. ET on ABC (with red carpet arrivals starting at 5 p.m.), but there is plenty of live coverage to be seen online before then. This year’s awards are hosted by Neil Patrick Harris and presenters will include Channing Tatum, Ben Affleck, Scarlett Johansson, Lupita Nyong’o and many more.

Check out some of Mediaite’s last-minute big Oscar predictions here.

And check out the rest of Mediaite’s Oscar coverage, including highlights from the show as they happen, right here.

Watch live coverage below, via Us Weekly: