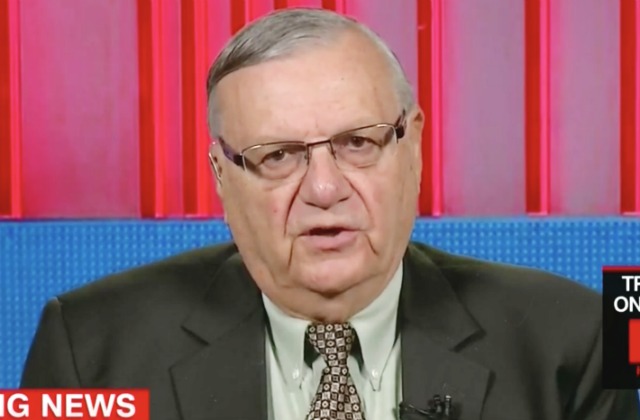 Per multiple reports this afternoon, President Trump will not be pardoning Sheriff Joe Arpaio.

Well, at least not today:

“No action will be taken on that front at any time today,” Sarah Sanders tells reporters on AF1 about ARPAIO pardon, per @AlliemalCNN

Trump will not pardon Joe Arpaio today, per White House

President Trump is holding a campaign rally in Phoenix, Arizona tonight, and some people––including the mayor––were concerned that he would take the opportunity to announce he’s pardoning Arpaio following the reports saying he was considering it.

But then again, the President has blindsided people in his own administration before, so who knows.