Yesterday Curry said he wouldn’t go to the White House in response to a question about a team invite, and the President reacted with this:

Going to the White House is considered a great honor for a championship team.Stephen Curry is hesitating,therefore invitation is withdrawn!

Trump tweeted that out at 8:45 am ET. This was Fox & Friends roughly 20 minutes earlier: 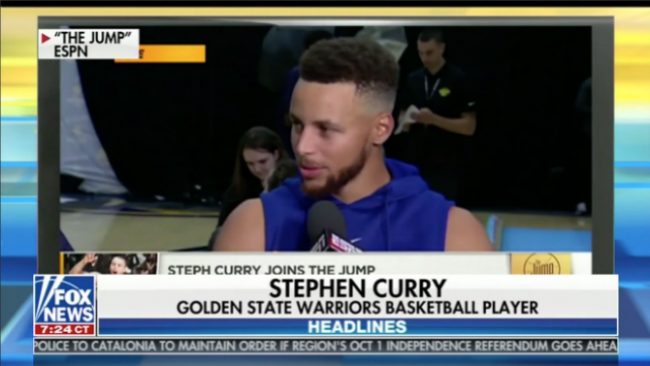 And President Trump’s tweeting in response to Fox & Friends segments is nothing new.