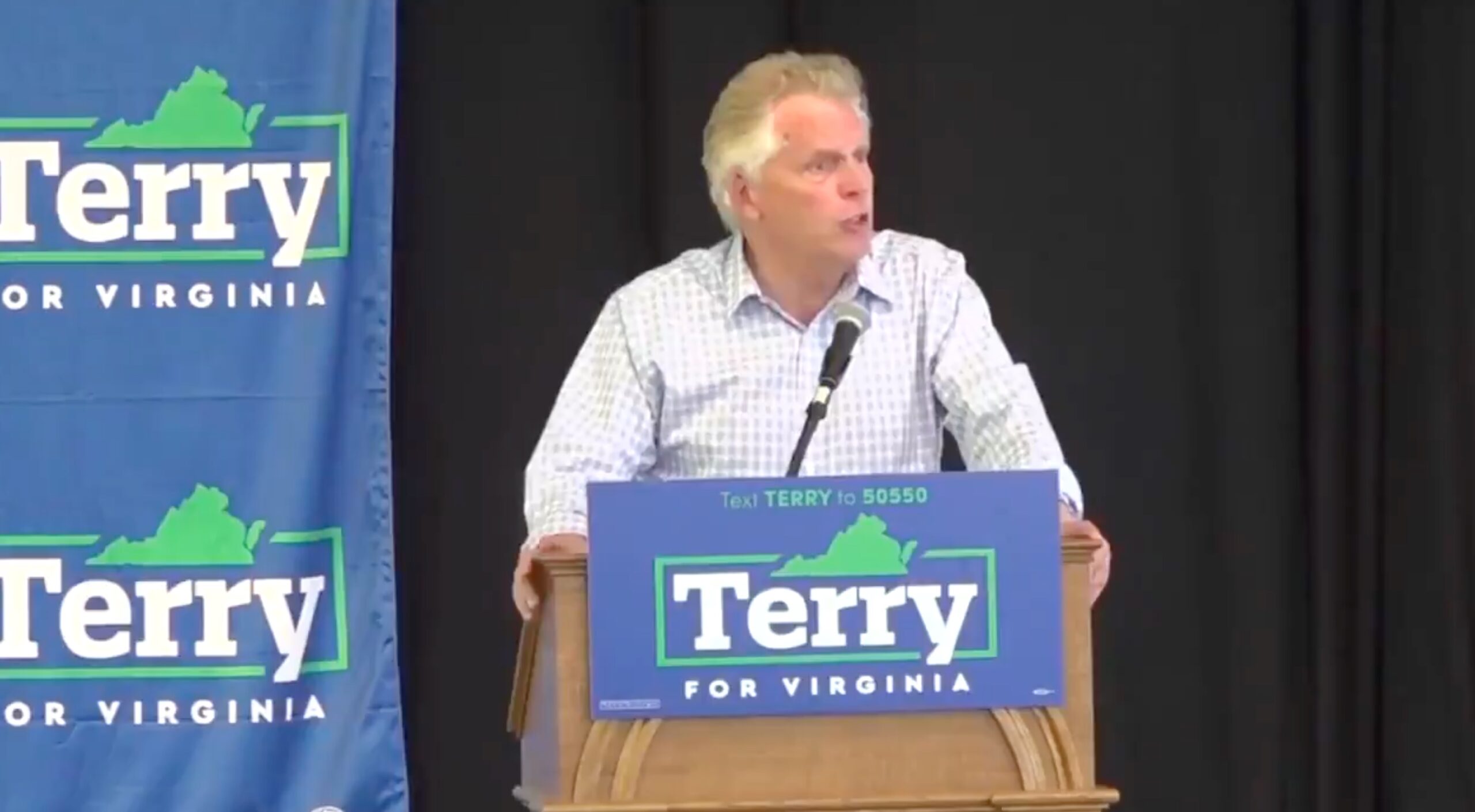 “She would be the governor of Georgia today had the governor of Georgia not disenfranchised 1.4 million Georgia voters before the election,” said McAuliffe while introducing Abrams, who lost to Georgia Gov. Brian Kemp, at his campaign event on Sunday with just over a week until the Virginia gubernatorial election, where he’s facing Republican businessman Glenn Youngkin.

“That’s what happened to Stacey Abrams,” continued McAuliffe. “They took the votes away.”

The day before the campaign event, McAuliffe baselessly said on MSNBC that Youngkin is “running down the democracy, saying that our elections are not fair.”

This morning, Terry McAuliffe claimed the 2018 election in Georgia was stolen from Stacey Abrams.

“They took the votes away,” he said, one day after saying this kind of talk is “running down our democracy.” pic.twitter.com/U1CsMimzX7

McAuliffe, like former President Donald Trump – who has baselessly claimed that the 2020 election was stolen from him – has a history of claiming elections Democrats won when they actually lost.

During an appearance on NBC’s Meet the Press in 2001, McAuliffe, then chairman of the Democratic National Committee, said that if all the votes in Florida had been counted, Democratic nominee Al Gore would have won the 2000 election and therefore George W. Bush stole the election.

“If all the votes were counted in Florida, that Al Gore would be president today and George Bush would be back in Austin,” said McAuliffe.

McAuliffe repeated the false claim that the 2000 election was stolen from Gore that included McAuliffe accusing the Supreme Court, which declared Bush the winner, of having “tampered” with the election.

In June 2001, at the 20th-anniversary dinner of the Democratic Business Council, McAuliffe said, “Folks, you know it, I know it, they know it, we won that election, and let’s never forget it.”