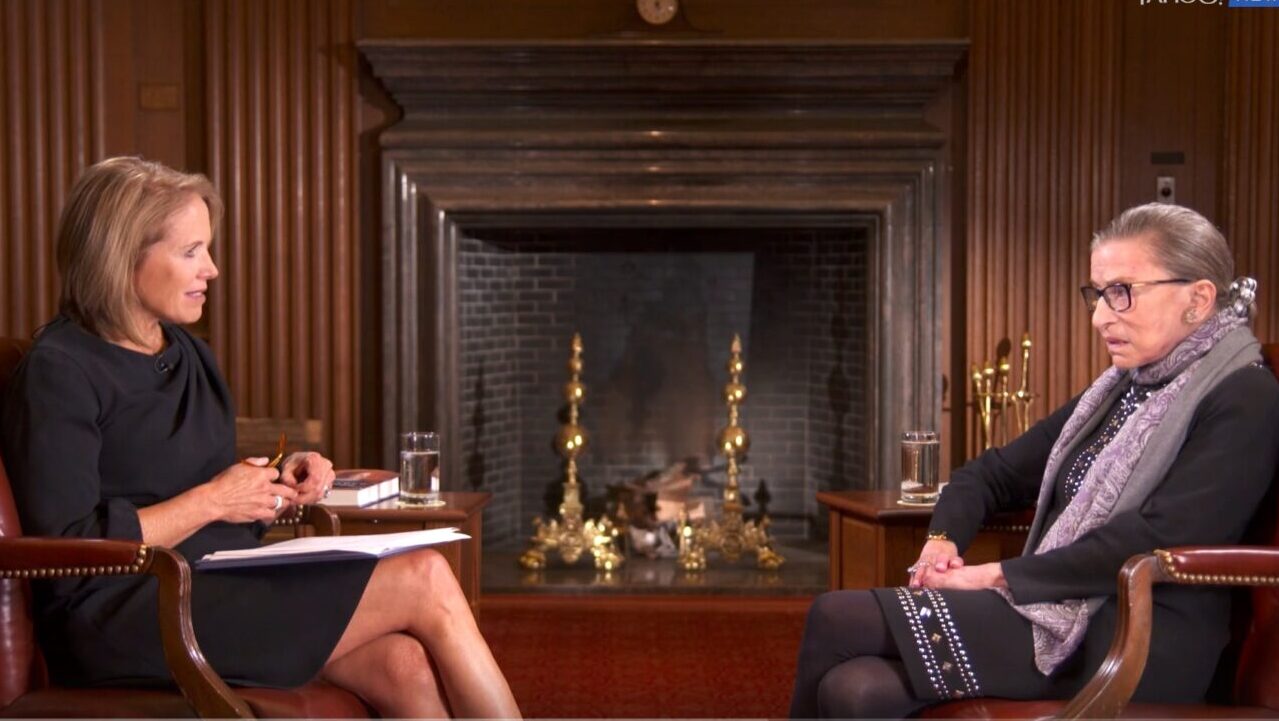 Ruth Bader Ginsburg is often recognized and remembered as a symbol for progressive change, but the late Supreme Court justice’s opinion of kneeling during the national anthem was socially conservative.

According to Katie Couric, she eliminated some of Ginsburg’s quotes regarding the national anthem during a 2016 interview, to “protect” the Supreme Court justice. While she protected Ginsburg in 2016, Couric decided to publish the controversial comments in her memoir more than five years after the interview. The Daily Mail was first to obtain an excerpt from the upcoming book.

In 2016, Couric omitted Ginsburg’s claim that not standing for the anthem depicts a “contempt for a government that has made it possible for their parents and grandparents to live a decent life … Which they probably could not have lived in the places they came from … as they became older, they realize that this was youthful folly. And that’s why education is important,” Ginsburg told Couric. “I think it’s a terrible thing to do, but I wouldn’t lock a person up for doing it. I would point out how ridiculous it seems to me to do such an act.”

Couric’s memoir Going There is set to be released on Oct. 26. In the book, Couric states Ginsburg, who was 83 at the time, was “elderly and probably didn’t fully understand the question,” pertaining to the NFL and players choosing to kneel.

While Ginsburg was in her 80s, she was still able-minded enough to serve as a Supreme Court justice for an additional four years after being asked the question Couric claims she may not have understood.

Couric did, however, publish some of Ginsburg’s thoughts on kneeling during the national anthem, which included quotes about the form of protest being “dumb and disrespectful.”

Colin Kaepernick became the first high-profile athlete to kneel during the national anthem in 2016, shortly before Couric’s interview with Ginsburg. The action, which was meant to protest social injustices, has been adopted by thousands of other athletes at various times in recent years.