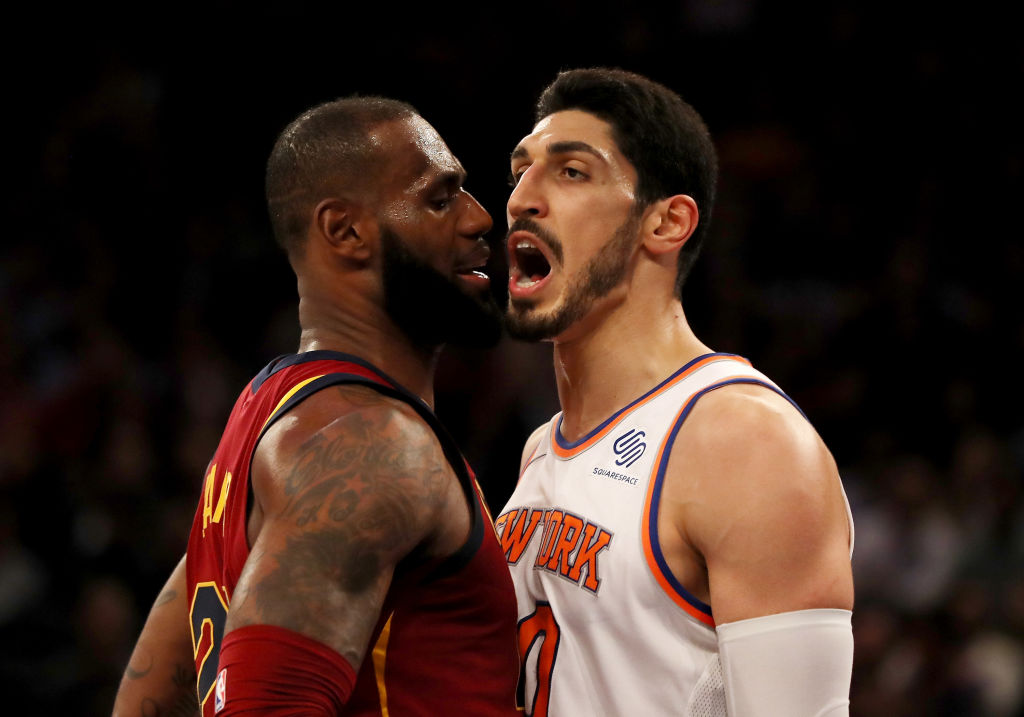 Turkey-born Enes Kanter does not just pay center for the Boston Celtics, he is also a vocal opponent of Turkish President Recep Erdogan, and a fierce defender of the civil liberties that many Americans may take for granted.

In a series of tweets Monday evening, Kanter appeared to take aim at NBA star Lebron James, who condemned a tweet made by Houston Rockets GM Daryl Morey that launched an international firestorm based on freedom and commercial success for the NBA.

The current regime ruling Communist China is dealing with a month-long set of protests in Hong Kong that is based on the very notion of freedom and civil liberties. The Rockets GM tweeted (then deleted) a tweet in support of the freedom that Hong Kong protestors are fighting for, which led China to cut exhibition games and threaten to end a multi-billion dollar deal with the NBA.

Lebron James’ comments, and the dust-up that has followed is best explained by a Yahoo! News report:

James told reporters that Rockets general manager Daryl Morey “wasn’t educated” on Hong Kong and should have kept his mouth shut, as the outspoken Lakers forward waded into a charged debate that other high-profile NBA figures have shied away from.

“So many people could have been harmed not only financially but physically, emotionally and spiritually. So just be careful with what we tweet, and we say, and we do,” James told reporters when asked for comment in Los Angeles after returning from the NBA’s annual China tour.

His remarks drew praise from Chinese social media users, who have savaged Morey for butting into the country’s affairs, but the US reaction on Twitter was swift and harsh.

Shortly after Lebron’s comments were made public, Kanter tweeted what seemed a clear response to James, though he never cited him by name.

Kanter reacted first with a “Wow dude!’ followed by an “SMH and a sick dude emoji, before tweeting his thoughts on freedom in the context of his own dissidance:

-Haven’t seen or talked to my family 5 years
-Jailed my dad
-My siblings can’t find jobs
-Revoked my passport
-International arrest warrant
-My family can’t leave the country
-Got Death Threats everyday
-Got attacked, harassed
-Tried to kidnap me in Indonesia

FREEDOM IS NOT FREE

Kanter has been a target of the Turkish regime because of his prominent criticism of Erdogan’s dictatorial tendencies, so he has a unique perspective on the value of the very freedom Lebron James appeared to overlook in his defense of China.