Trump Ends Twitter Tirade Against EU, Canada by Declaring ‘Great to be in Singapore’ 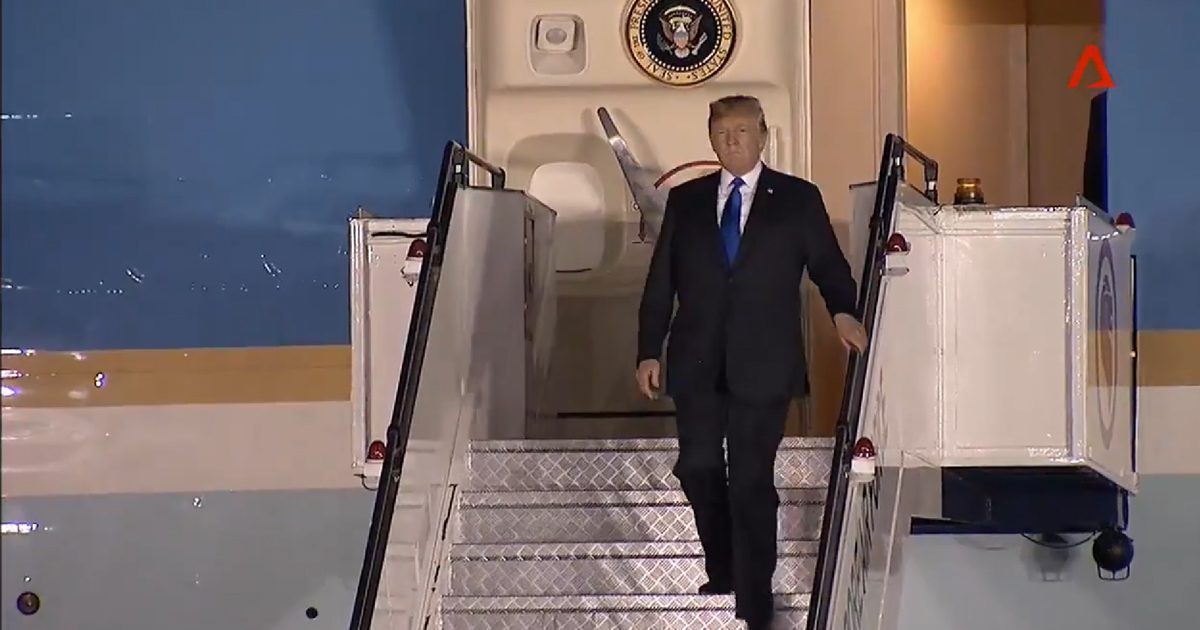 President Donald Trump went on a Twitterstorm after his arrival in Singapore bashing Canadian Prime Minister Justin Trudeau, kvetching about how much the United States pays towards NATO, and calling out Germany for not paying its fair share.

Then, with that out of his system, he ended his rant with this upbeat message: “Great to be in Singapore, excitement in the air!”

It all started with him lamenting about how Trudeau was acting hurt and insisting, “Fair Trade is now to be called Fool Trade if it is not reciprocal.”

Fair Trade is now to be called Fool Trade if it is not Reciprocal. According to a Canada release, they make almost 100 Billion Dollars in Trade with U.S. (guess they were bragging and got caught!). Minimum is 17B. Tax Dairy from us at 270%. Then Justin acts hurt when called out!

Then, he went on about how massive trade surpluses were not fair to the American people and how the United States pays nearly the full cost of NATO which protects “many of these same countries that rip us off on Trade” and remarked, “Change is coming.”

Why should I, as President of the United States, allow countries to continue to make Massive Trade Surpluses, as they have for decades, while our Farmers, Workers & Taxpayers have such a big and unfair price to pay? Not fair to the PEOPLE of America! $800 Billion Trade Deficit…

….And add to that the fact that the U.S. pays close to the entire cost of NATO-protecting many of these same countries that rip us off on Trade (they pay only a fraction of the cost-and laugh!). The European Union had a $151 Billion Surplus-should pay much more for Military!

….Germany pays 1% (slowly) of GDP towards NATO, while we pay 4% of a MUCH larger GDP. Does anybody believe that makes sense? We protect Europe (which is good) at great financial loss, and then get unfairly clobbered on Trade. Change is coming!

Finally, completely and abruptly changing his tone, he said it was great to be in Singapore.

Trump is currently feuding with Trudeau and other close allies of the United States over trade just one day after leaving the G7 Summit in Canada where he met with world leaders.

Sorry, we cannot let our friends, or enemies, take advantage of us on Trade anymore. We must put the American worker first!