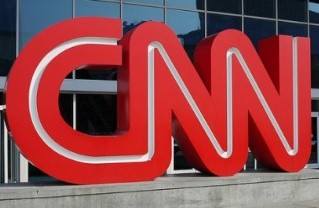 In the Times of Israel, high school senior Hayley Nagelberg recounted a recent exchange with CNN executive Richard Davis in which he allegedly asked her if she’s “brain dead.”

The New Jersey student attended a Q&A with the exec on Sunday, along with 700 other Jewish teens at theUnited Synagogue Youth’s 64th annual international convention. Nagelberg wrote that the CNN EVP of News Standards and Practices “told me and my peers and staff that it is up to us, and everyone else, as consumers to check other news sources if we think we may want more information. He said, ‘You can’t be in the news business and also be a babysitter to the people that only read the first paragraph.'”

“In a day and age where most people only read headlines, or maybe the first few lines or paragraphs if you’re lucky, shouldn’t CNN make sure that all salient and truthful information can be found there?” she wrote in response.

Nagelberg said Davis became defensive when asked about CNN’s infamous mistake of labeling an Israeli synagogue a “mosque” in the wake of an attack by two Palestinian men that killed four worshippers, including three Americans:

To expound on how the words ‘mosque’ and ‘synagogue’ could have been swapped, Davis gave an even more infuriating response. Apparently, in the room where the headlines were written, there was some conversation taking place regarding a mosque in Damascus. “Haven’t you ever written something you heard instead of what you meant to write?” he asked.

The student recounted how, following the session, she went up to the executive and personally grilled him further on that mistaken chyron. That’s when he allegedly asked her if she’s brain-dead:

I questioned him on the Har Nof headlines again. I first had to prove to him that I had in fact even seen the headlines I was questioning. When I managed to satisfy his questions, I wanted to know why CNN, when releasing the headlines at issue, couldn’t call it a terrorist attack. Davis explained that they would never jump to a conclusion that anything is a terrorist attack. “Okay”, I said, fully understanding the weight that the word “terrorist” carries. “But by the time it was known that it was four Israelis and two Palestinians, it was known that there were meat cleavers and stabbings involved. Why couldn’t you call it an ‘attack’?” I continued. His response? “You’ve got to be kidding me? One word? Are you brain dead?”

Richard Davis – to answer your question, “Yes, I am serious. Yes, it’s one word. It makes a difference. No, I am not brain dead. I am a seventeen-year old girl from New Jersey who is appalled by the biased media coverage of Israel here in America. I am disgusted by the false headlines. I am pained by the ignorance of so many people, yourself included. And, most importantly, I am saddened and ashamed that there doesn’t seem to be an end in sight.