Fareed Zakaria Explains Tea Party’s Grip On DC Politics: ‘Incentive Is To Pander To The Base’ 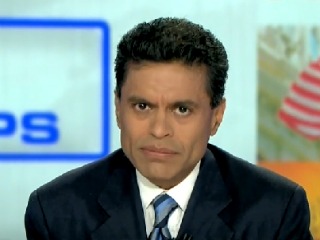 “Why,” asks CNN’s Fareed Zakaria, “have the Tea Party become so prominent? Why is it able to dominate Washington?” As Zakaria sees it, the current climate within Washington itself encourages smaller, special interest movements like the Tea Party to flourish and capture the ears of the major parties and of Congress because American politics in general has changed to promote this type of “political narrowcasting.” He provides some examples as to how:

Redistricting has created safe seats so that, for most House members, their only concern is a challenge from the Right for Republicans and the Left for Democrats. The incentive is to pander to the base, not the center. Party primaries have been taken over by small groups of activists who push even popular senators to extreme positions. In Utah, for example, 3,500 conservative activists managed to take the well-regarded Senator Robert Bennett off the ballot. GOP Senators like Orrin Hatch and John McCain have moved farther to the right, hoping to stave off similar assaults.

Changes in Congressional rules have also made it far more difficult to enact large compromise legislation. In the wake of the Watergate scandal, “sunshine rules” were put into place that require open committee meetings and recorded votes. The purpose was to make Congress more open, more responsive. And so it has become to lobbyists, money and special interest, because those are the people who watch every committee vote and mobilize opposition to any withdrawals of subsidies or tax breaks.

Political polarization has been fueled by a new media, which has also narrowcast.

While Zakaria calls these changes “depressing,” he stresses that they are indeed mutable and by now means an integral part of the Washington has to function.