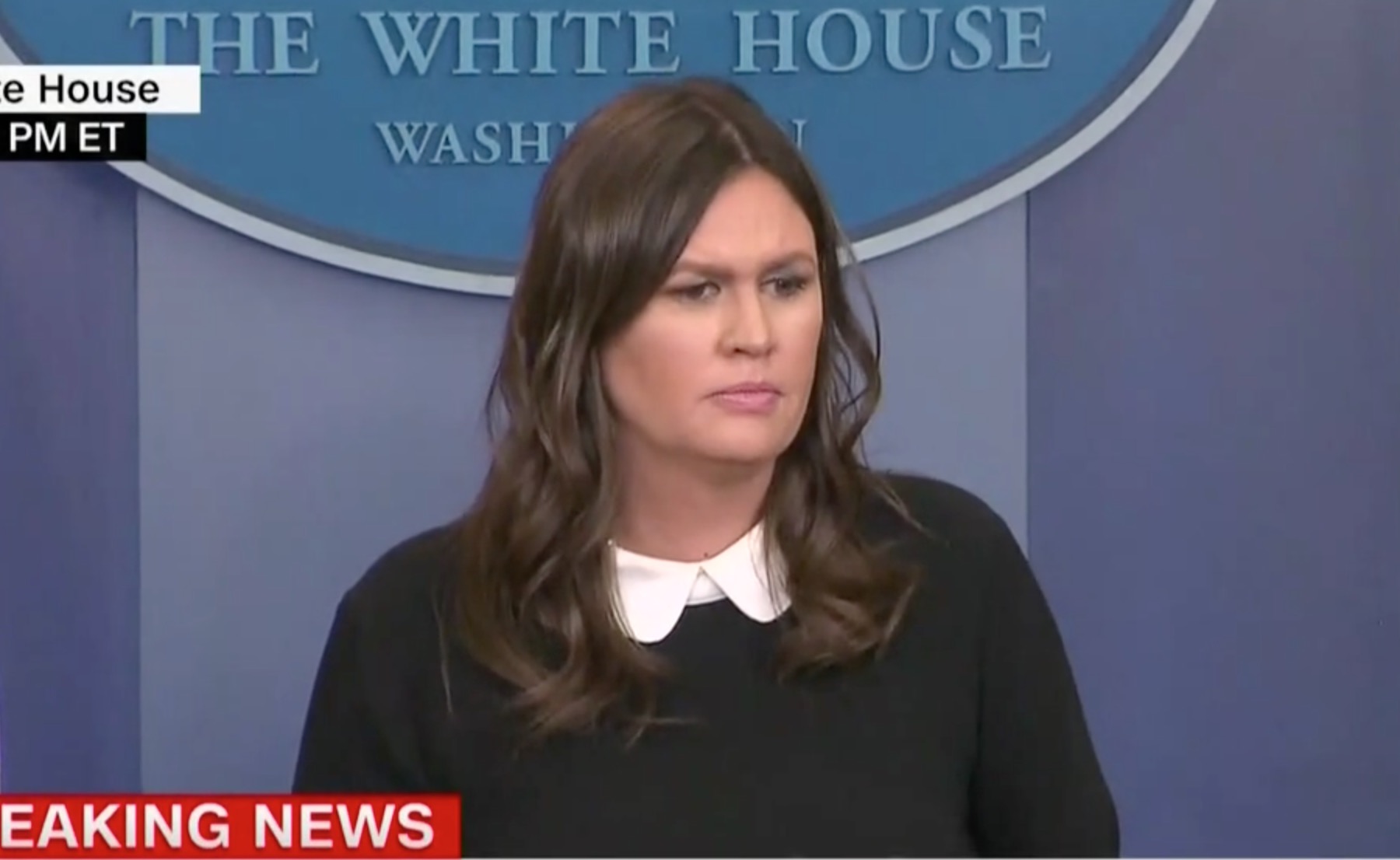 White House press secretary Sarah Huckabee Sanders has made a statement strongly condemning Samantha Bee for the obscene remarks she made on her show last night regarding Ivanka Trump.

TBS is facing considerable blowback after Bee called the First Daughter a “feckless c*nt” while slamming President Trump on immigration. Sanders is responding to this, in a statement to The Wrap, by asking Bee’s Time Warner and TBS higher-ups to discipline her over the “vile and vicious” remarks.

“The language used by Samantha Bee last night is vile and vicious. The collective silence by the left and its media allies is appalling. Her disgusting comments and show are not fit for broadcast, and executives at Time Warner and TBS must demonstrate that such explicit profanity about female members of this administration will not be condoned on its network.”

The condemnation from Sanders comes as Time Warner and AT&T continue to negotiate a possible company merger — one which Trump has spoken out against. The Bee controversy also comes after Sanders defended Trump and slammed the media “double standard” when he failed to condemn Roseanne Barr over her show-cancelling racist remarks.