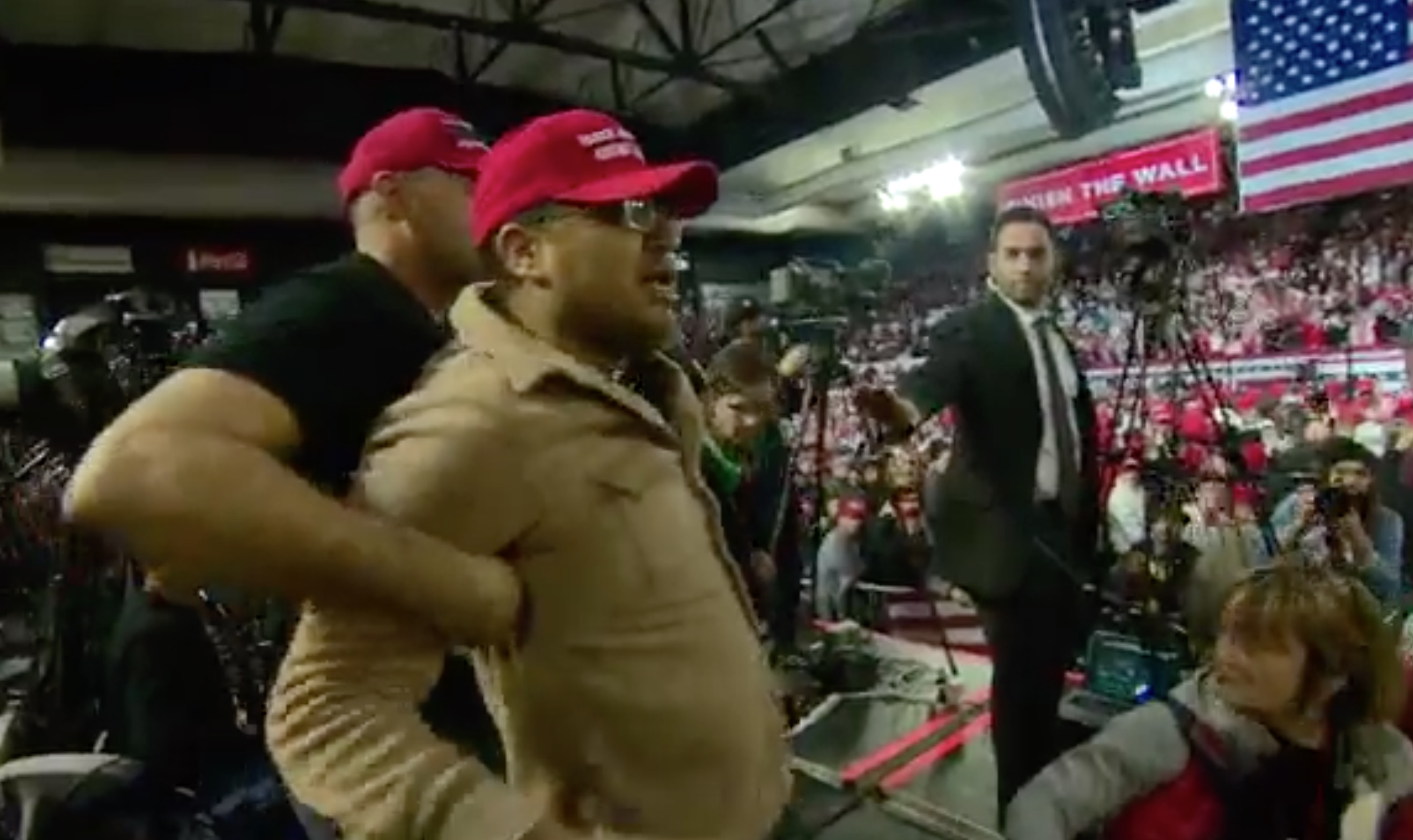 Trump often complains about what he sees as unfair media coverage, and at Monday’s rally directed attention to the press covering the event that led to the predictable boos and chants of  “CNN sucks!”

Skeans’ BBC colleague, reporter Gary O’Donoghue, shared video of the attack by the Trump supporter, the details of which are still emerging:

This is the shameful moment when my cameraman Ron Skeans was attacked at an ⁦@realDonaldTrump⁩ rally in El Paso last night – warning this video contains strong language. Happily Ron is fine. #TrumpElPaso pic.twitter.com/Ay5DYT6gjP

BBC editor Eleanor Montague claimed the “crowd had been whipped up into a frenzy against the media by Trump and other speakers all night”:

Just attended my first ⁦@realDonaldTrump⁩ rally where my colleague BBC cameraman Rob Skeans was attacked by a Trump supporter. The crowd had been whipped up into a frenzy against the media by Trump and other speakers all night #TrumpElPaso pic.twitter.com/Oiw8osPms3

This post has been edited as further details have emerged.