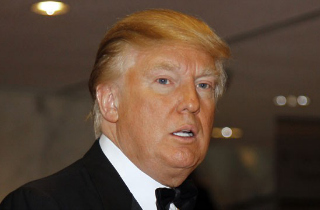 The White House Correspondents Dinner is this weekend, and according to CNN’s Jake Tapper, the event that ostensibly celebrates the challenging and collaborative relationship between the media and the White House will be completely missing anyone from the Trump administration.

President Donald Trump had previously announced that he would be skipping this year’s WHCD just as he did last year, and will be hosting his own MAGA rally as counter-programming to the event. Last year, Press Secretary Sarah Sanders attended instead and found herself on the wrong end of some brutal comedic material delivered by last year’s host Michelle Wolf.

Perhaps as a result, Tapper is reporting that, according to WH Cabinet Secretary Bill McGinnley, all Trump administration officials are being ordered to boycott the dinner;

2/ Administration official adds that the order came from President Trump personally though staffers have been trying to talk him out of it.

The relationship between this White House and the media that cover it has been at as low a point in recent American history. Trump consistently calls the press that covers his presidency “enemy of the people,” and perhaps not so coincidentally, there have been not just threats on journalists’ lives, but also attempts to injure and even kill members of the media that Trump supporters see as being critical to this administration.