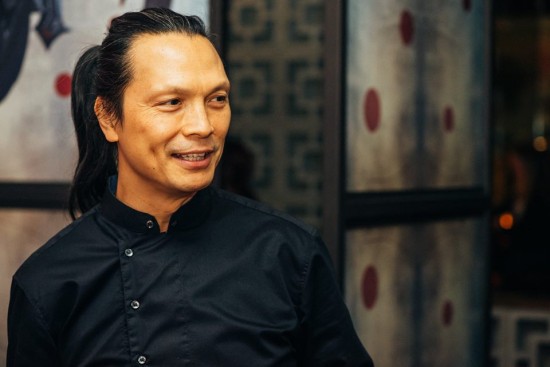 New Yorkers may still get Luckee one day.

Amidst Friday’s late-night dim sum mob scene brimming to the lobby of Toronto’s Soho Metropolitan Hotel, as Will Smith and his entourage navigated the bar, chef Susur Lee took a seat with The Braiser to lift the lid on the restaurant he’s bringing to the 66th floor of One World Trade Center. His first restaurant in New York City since the shuttered Shang, the project was originally announced in September 2013 as a private dining room in members-only club China Center, and scheduled to open this year. However, those plans were never firm.

“Yes, we have signed on,” Lee confirmed of his commitment to open a restaurant within 1WTC‘s China Center, a project he understands the club is still trying to push forward. “It’s been so long, I’m so frustrated too,” he told us, for the fourth time in five minutes. “I don’t want to say it’s going to happen.”

If the restaurant does come to fruition, Lee prefers it include an outpost of his successful Toronto restaurant. “Absolutely, I was going to bring Luckee over there,” he said. Asked about the early press release defining the project as a members-only dining room, Lee says those details had never been finalized.

And once they are? “We’re still negotiating, we’re still talking,” he insists. “It’ll sound silly to say it opens this year.”

Whenever the restaurant does come to fruition, it’s not causing the same anxiety as his opening of Shang at the Thompson Lower East Side in 2008. “This kind of nervousness is not damaging me,” Lee assures. “I know how to handle what is important and what is not.”