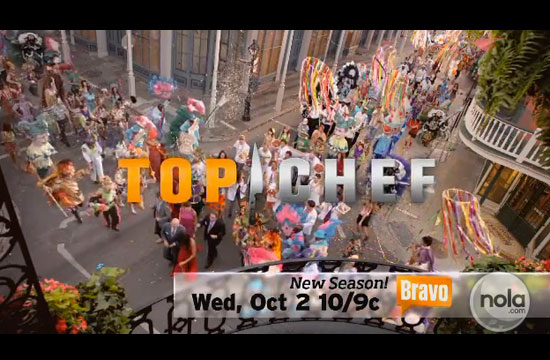 Second, and most importantly: the show airs on October 2nd at 10 PM ET/CT.

Third: while Padma’s Picks will see Padma Lakshmi select her favorite chef from New Orleans to compete in the show, Bravo is slowly releasing the names of this year’s competitors for the title of the Eleventh Top Chef. Thus, today we’re only getting — oh wow — six outsider chefs: Stephanie Cmar of Boston, Jason Cichonski and Nick Elmi of Philadelphia, and Patricia Vega, Janine Booth and Bene Bartolotta of New York, with the rest to be announced in the next two days. Fun fact: Bartolotta is also Odette Fada’s sous chef on this season of Top Chef Masters! (Bios can be found at the Times-Picayune.Also, sorry, Los Angeles.)