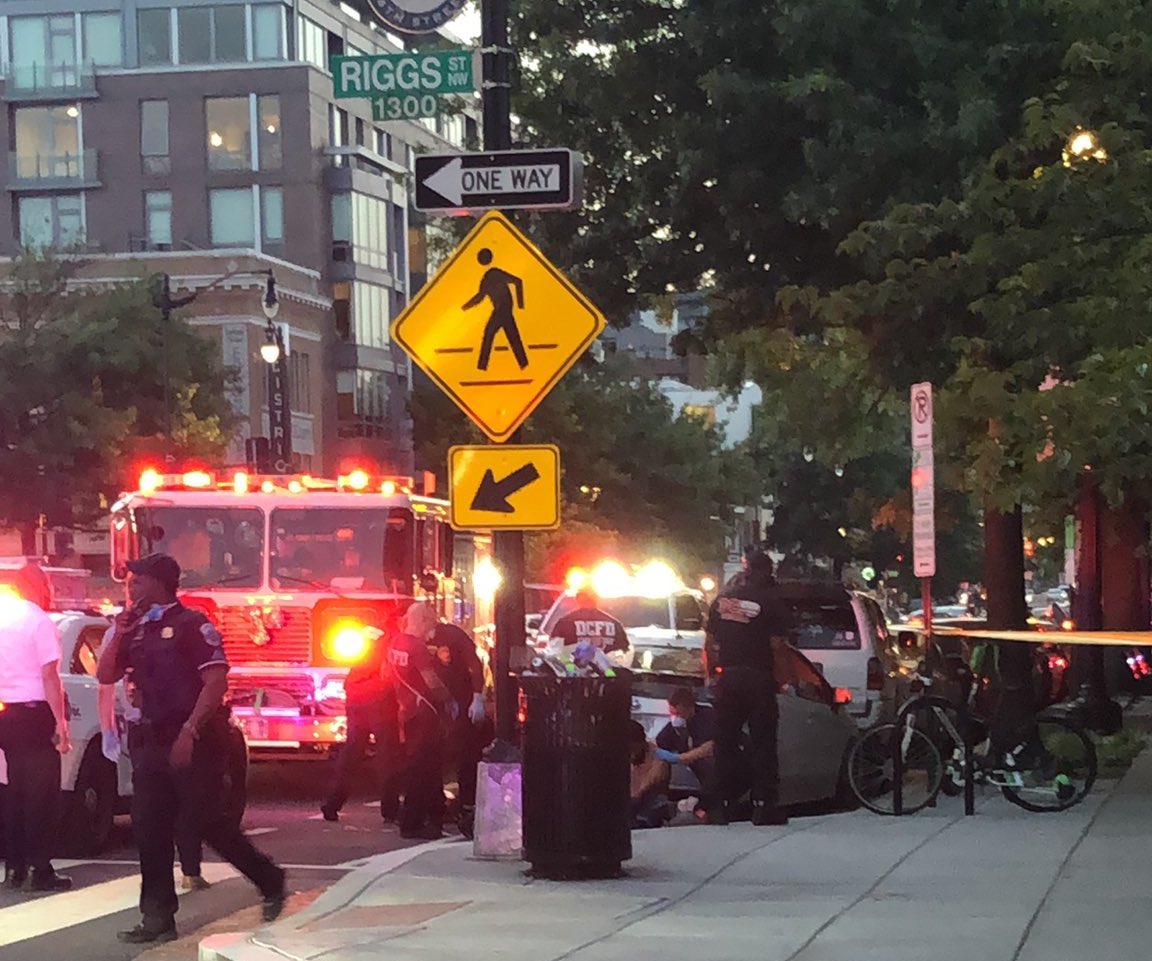 Breaking news out of Washington, D.C. Thursday evening, as shots were reportedly fired in a popular restaurant and bar district along one of the city’s busiest streets, sending diners fleeing from their tables.

Several members of the Washington press corps were in the area and tweeted photos and videos from the scene, including CNN’s Jim Acosta and Huffington Post’s Igor Bobic, confirming the location as 14th and R Street NW.

This is the scene at 14th and Riggs. Appears to be somebody being treated by first responders pic.twitter.com/lvIw0oBoyO

This man witnessed what happened in DC shooting. pic.twitter.com/FoEXtD6cOE

Multiple people shot, on on 14th street, one inside Mexicue restaurant. Heavy smell of gunpowder

Medics took a man with what looks like a gun shot to the chest out of Mexicue restaurant and loaded him into an ambulance. Another man on the street also looks like he took a bullet. Scary night on one of the busiest streets in DC

DC police confirmed the shooting and included a description of the suspect.

A later update at the Huffington Post noted that Bobic reported hearing “20 or 30 gunshots.”

Fox News reported that the DC police said that the call came in around 8:20 pm regarding the shooting. At least two men were shot, both of whom were “conscious and breathing,” according to police.

Local CBS affiliate WUSA9 reported that one of the men was shot in the chest, and the other in the arm. According to WUSA9, a “law enforcement source directly familiar with the case” said that the shooting appeared to be “targeted and not random.”

WUSA9’s Kolbie Satterfield was in the area and posted several photos and videos as well.

There appears to be two victims on scene. Unclear of what/how they got injuries.
At least one car window is shattered and customers say they heard gunshots. @wusa9 pic.twitter.com/ZbJcjTgCwh

Customers describe seeing “sparks” and running inside the restaurant.

Another customer says she saw a young guy running and firing a gun.

Bobic posted another photo of the aftermath of the scene, commenting, “It’s the shoes left behind that get me. Always.”

It’s the shoes left behind that get me. Always. pic.twitter.com/uf3fee7xnM

This is a breaking story and has been updated.