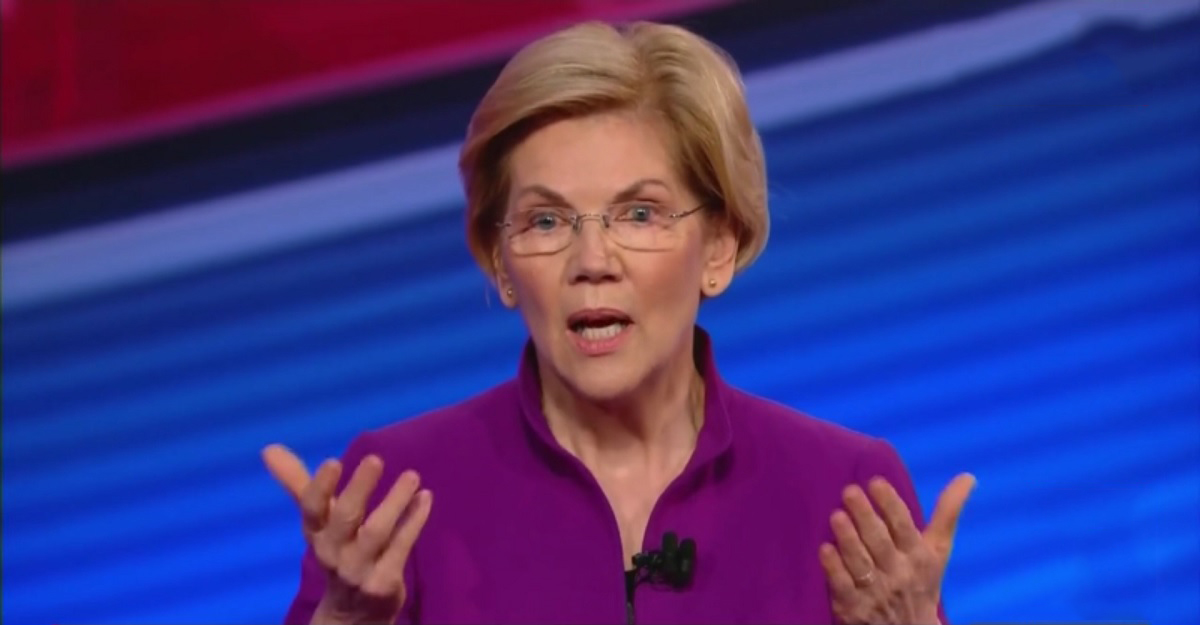 Sen. Elizabeth Warren predicted Monday a coming economic crisis similar to that of 2008, unless the Trump administration and Congress takes action to reduce household debt and strengthen manufacturing.

“Warning lights are flashing. Whether it’s this year or next year, the odds of another economic downturn are high — and growing,” Warren wrote in a Medium post entitled, “The Coming Economic Crash- and How to Stop It.”

Warren wrote that she predicted the 2008 recession years before it occurred. “I warned about an economic crash years before the 2008 crisis, but the people in power wouldn’t listen. Now I’m seeing serious warning signs in the economy again.” She warned that the administration may breach the debt ceiling in September, which economists say could be “more catastrophic” than the collapse of Lehman Brothers in 2008.

Warren cited a recent survey of 300 business economists, three quarters of whom expect a recession by the end of 2021.

“I see a manufacturing sector in recession. I see a precarious economy that is built on debt — both household debt and corporate debt — and that is vulnerable to shocks. And I see a number of serious shocks on the horizon that could cause our economy’s shaky foundation to crumble,” Warren wrote.

Warren said a generation of stagnant wages and rising costs for basic goods have led Americans to take on more debt than ever before— 30% have debts in collection. “Families may be able to afford these debt payments now, but an increase in interest rates or a slowdown in income could plunge families over a cliff,” said Warren.

The 2020 candidate said that lending to companies already in serious debt has increased 40% since Trump took office, and these loans look a lot like the pre-2008 subprime mortgages. She said she’s warned regulators of her concerns, to tepid response.

She wrote that the manufacturing sector was on a second straight quarter of decline, and for the first time hourly wages of manufacturers is below the national average. Warren said Trump’s trade war with China is both hurting American manufacturing and leading to an economic slowdown in China that could have “dramatic ripple effects” on the American economy.

Warren proposed her own solutions to tamping down the crisis, which included stopping the trade war with China and to stop pushing for Brexit. She also cited her Green Manufacturing Plan, called for a $15 minimum wage, cancelling student debt, and strengthening unions. She called on federal regulators to stop banks from issuing risky loans.

“Now I’m seeing serious warning signs in the economy again — and I’m calling on regulators and Congress to act before another crisis costs America’s families their homes, jobs, and savings,” wrote Warren.