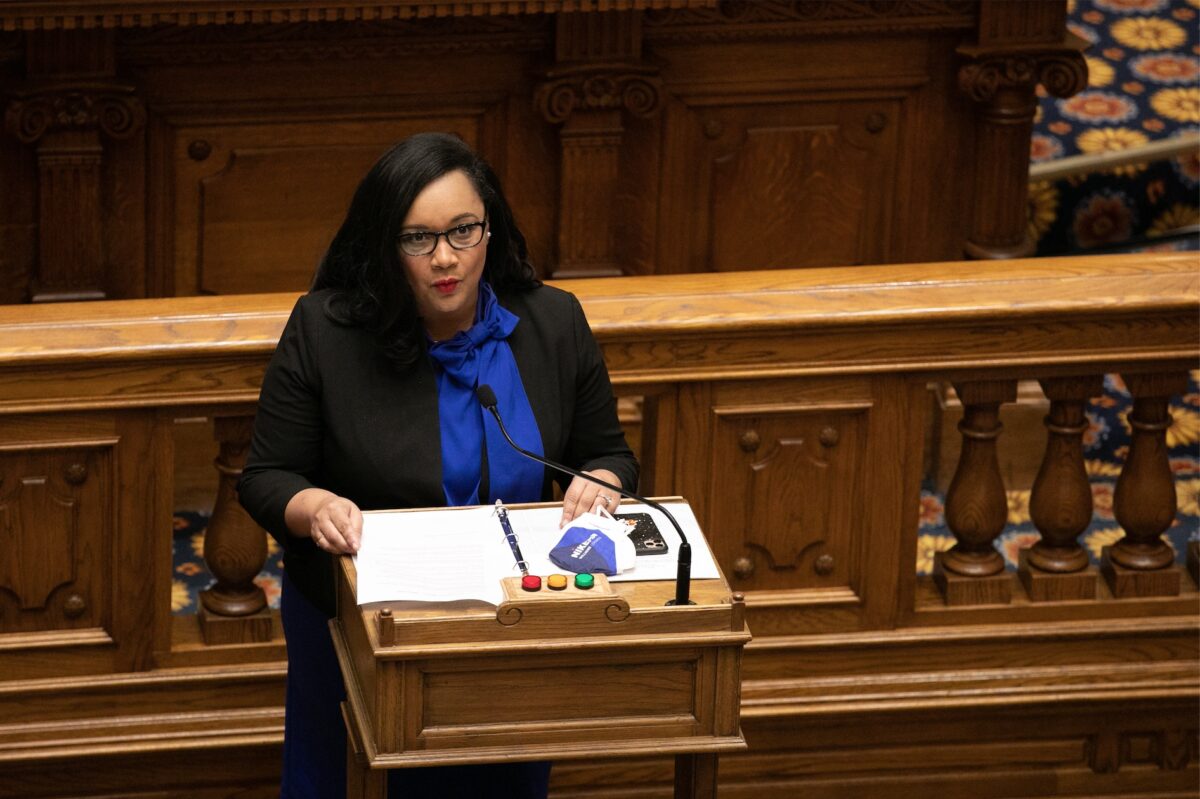 A House Democrat is asking her colleagues to consider a proposal that would ban President Donald Trump from the Capitol for life.

The two-page H.Res. 6, introduced on Wednesday by Georgia Rep. Nikema Williams, would direct Capitol police and the sergeant-at-arms in both the House and Senate to take any action “as may be necessary” to keep Trump “from entering the United States Capitol at any time” after his presidency ends.

Williams, a long-time Democratic activist, was first elected to the House in November. She’s also a year into her term as the chair of Georgia’s Democratic Party.

The proposal, first highlighted by The National Pulse, was referred to the House Committee on House Administration, though it may not pass constitutional muster. The United States Constitution prohibits any law that would take aim at a specific individual, which is also known as a “bill of attainder.”

Considering the fact that a preemptive ban on a potential tourist has never been passed into law before, Allan Lichtman, a professor of history at American University, predicted that a judge would get the final say if Congress opted to pass this one. “If this bill is passed, it would be a matter for the courts to settle,” Lichtman told Mediaite.