Nancy Pelosi Appears to Ding AOC Over Border Bill Feud: ‘If You Have a Complaint… Don’t Tweet About It’ 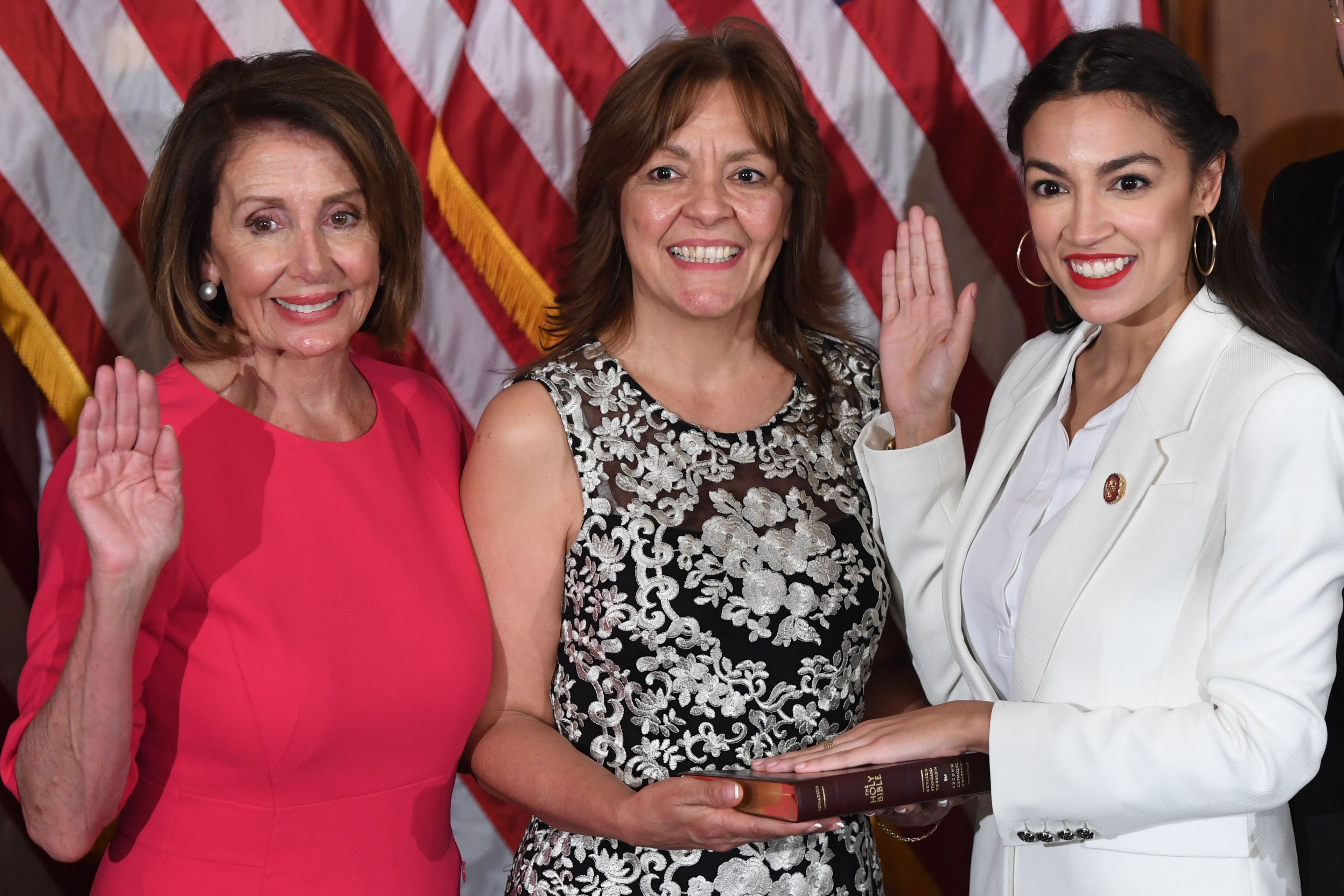 Rep. Alexandria Ocasio-Cortez added to her border bill feud with House Speaker Nancy Pelosi with a ‘told you so’ tweet Wednesday morning about ICE opening new detention centers. Pelosi then told lawmakers, “If you have a complaint about our members, come talk to me about it, don’t tweet about it.”

Ironically, Pelosi had just complained about other members in her party to the New York Times.

Pelosi then used a weird sausage metaphor to suggest that she was no less dedicated than those to her progressive left about helping children at the border.

“I’m here to help the children when it’s easy and when it’s hard. Some of you are here to make a beautiful pâté but we’re making sausage most of the time,” she said at a closed-door meeting, sources told Politico.

AOC, quoting a Mother Jones article tweet, had said, “DHS & ICE are flagrantly violating Congressional orders, just as we said they would. Yet it was Ilhan Omar, Ayanna Pressley, Rashida Tlaib & I that were wrong to oppose throwing more money to abusive agencies, right?

DHS & ICE are flagrantly violating Congressional orders, just as we said they would.

Yet it was @IlhanMN, @AyannaPressley, @RashidaTlaib & I that were wrong to oppose throwing more money to abusive agencies, right? ⬇️ https://t.co/JExRxD1XDS

AOC and the three lawmakers she mentioned were the lone House Democrats to vote against the border bill signed into law by President Donald Trump Monday, saying it pandered to the president’s agenda.

The story said that when Congress reached a bipartisan deal to end the shutdown in February, they gave Immigration and Customs Enforcement strict instruction to stop detaining so many people. According to Mother Jones, ICE detentions are up to 54,000 people per day, well above the 40,520 target Congress set for ICE.