Alexandria Ocasio-Cortez Unleashes on Nancy Pelosi: People’s Lives Are Getting Bargained, and for What? 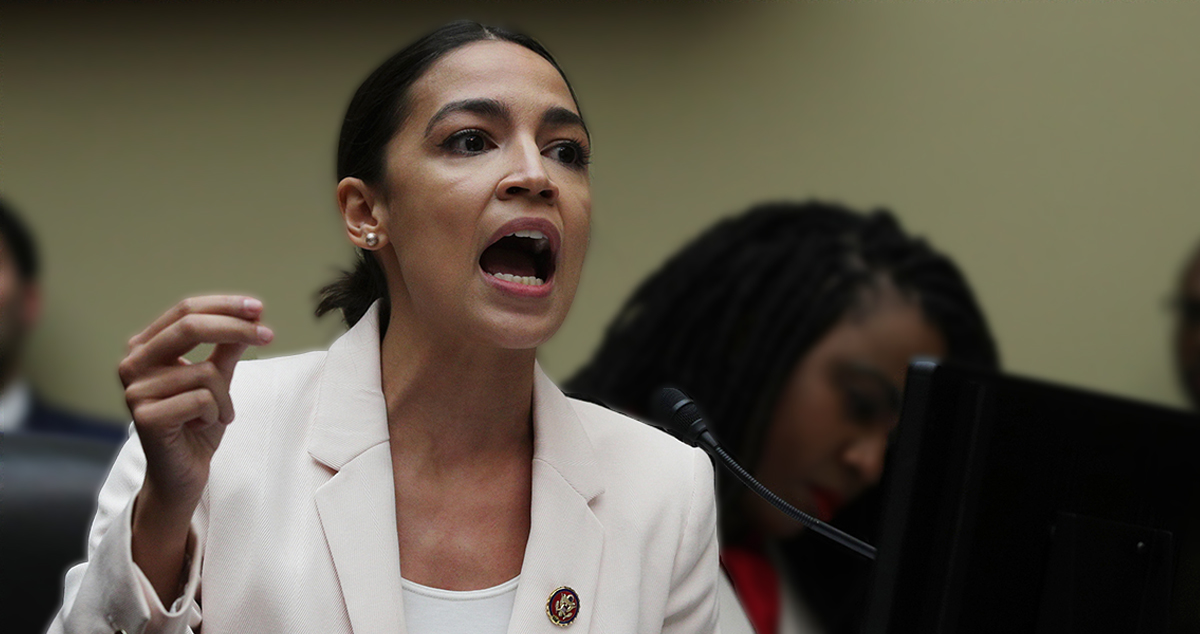 In an interview with the New York Times, Speaker Nancy Pelosi landed a solid burn on freshmen Democrats Alexandria Ocasio-Cortez, Rashida Tlaib, Ilhan Omar, and Ayanna Pressley when she suggested that their significance is overblown and based mostly on social media following.

“All these people have their public whatever and their Twitter world,” Pelosi was quoted by Maureen Dowd. “But they didn’t have any following. They’re four people and that’s how many votes they got.”

Well Ocasio-Cortez took it pretty personally, it seems, and a new Twitter was born overnight.

Her first tweet was loaded with snark as she implied that Pelosi is out of touch with the public. “That public ‘whatever’ is called public sentiment,” she wrote. She also said that the power of that sentiment is how “we actually” achieve change. That “actually” is another obvious dig. She’s saying that the old, establishment Democrats don’t know what the Democrat base wants, and haven’t done anything worthwhile anyway.

That public “whatever” is called public sentiment.

And wielding the power to shift it is how we actually achieve meaningful change in this country. https://t.co/u6JtgwwRsk

After about a half hour, AOC went back to Twitter and piled on her previous post, retweeting a discussion about Pelosi’s comments, where it was suggested that Pelosi is betting Trump will “do the right thing” with border funds. In criticizing Pelosi over that interpretation, Ocasio-Cortez landed another vicious cut by implication first, and then more explicitly.

I don’t believe it was a good idea for Dems to blindly trust the Trump admin when so many kids have died in their custody. It’s a huge mistake.

This admin also refuses to hand over docs to Congress on the whereabouts of families. People’s lives are getting bargained, & for what? https://t.co/h7gP8Wous1

“I don’t believe it was a good idea for Dems to blindly trust the Trump admin when so many kids have died in their custody,” she said, obliquely laying the deaths of children at Pelosi’s doorstep. She then more explicitly said that “people’s lives are getting bargained” by Democrats like Pelosi in their attempts to work with Republicans.

Pelosi brought the Senate version of the border funding bill — which did not contain the safeguards that were written into the House version — up for a vote after Senate Democrats helped pass the measure in the upper chamber, and House Democrats joined many Republicans in passing it as well.

A few hours later, Ocasio-Cortez went in on Pelosi again. In that tweet, she explicitly defended herself for her Twitter-focused activism and political base. Perhaps in the intervening time the responses by her followers compelled her to defend them. And she went after the whole party while she was at it. “I haven’t dialed for dollars *once* this year, & have more time to do my actual job. Yet we’d rather campaign like it’s 2008,” she said.

I find it strange when members act as though social media isn’t important.

They set millions of ? on ? to run TV ads so people can see their message.

I haven’t dialed for dollars *once* this year, & have more time to do my actual job. Yet we’d rather campaign like it’s 2008.

Overall, just a brutal airing of laundry and, in just a few tweets, a very, very hostile attack on basically everything Democrats have done and are doing which is, as the newcomers have repeatedly demonstrated, suggested, implied, and stated, just plain not good enough for their more left-wing part of the party.