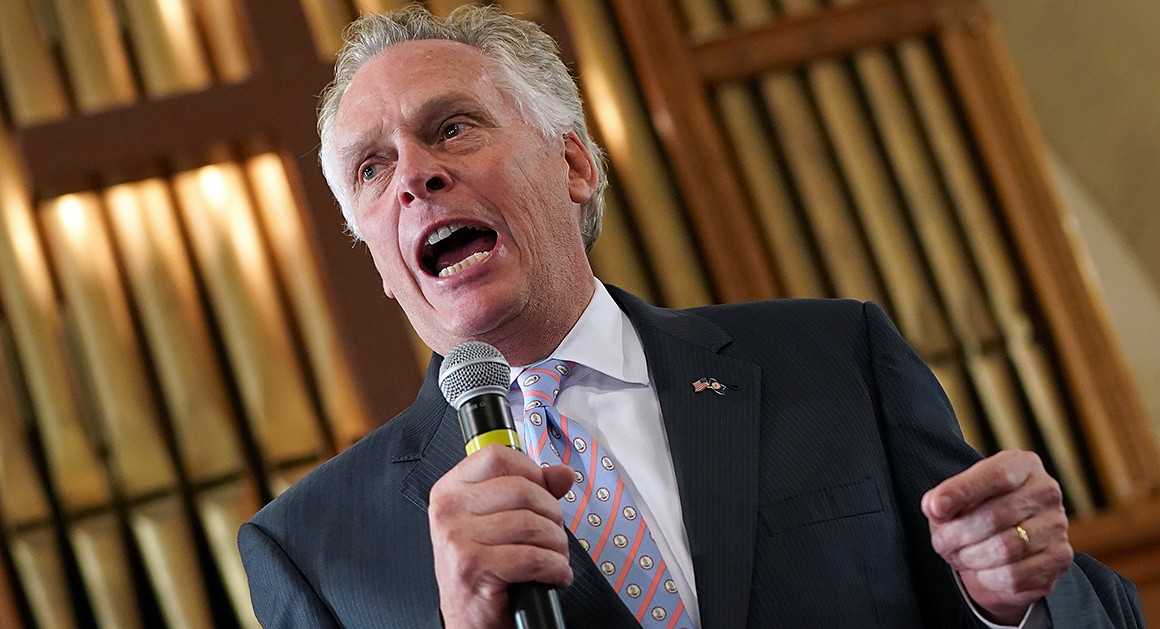 A passenger, who spoke to the outlet on the condition of anonymity, saw McAuliffe, who served as Virginia’s governor between 2014 and 2018, not wearing a mask during a July 29 Amtrak train ride from New York to Washington, D.C.

Fox News obtained pictures of the maskless McAuliffe going down the aisle of a relatively-empty train car while talking on a cell phone, and of him talking on the phone inside New York Penn Station. A sign on Amtrak trains reads, “Amtrak requires everyone to wear a face mask. Face masks must fully cover the mouth and nose and secure under the chin. Face masks must always be worn unless actively eating or drinking.”

Amtrak’s website states, “Federal law requires all customers and employees to wear a mask at all times while onboard trains and in stations, regardless of vaccination status or state or local laws. Refusing to wear a mask is a violation of federal law; passengers may be subject to penalties under federal law, denied boarding, removed from the train and banned from future travel in the event of noncompliance.”

McAuliffe will face Republican nominee and businessman Glenn Youngkin in the election on Nov. 2.

McAuliffe campaign spokesperson Renzo Olivari did not address the photos of the maskless candidates, but told Fox News, “Glenn Youngkin has shown Virginians he will be a failure when it comes to controlling this pandemic and rebuilding Virginia’s economy.”

Youngkin campaign spokesman Christian Martinez told Fox News that his candidate “follows the law and respects those around him by wearing a mask whenever and wherever it is necessary.”