WATCH: Trump Slows Motorcade Down to Bask in Supporters Lining Street on Way to Mar-a-Lago Minutes Before Biden Inauguration 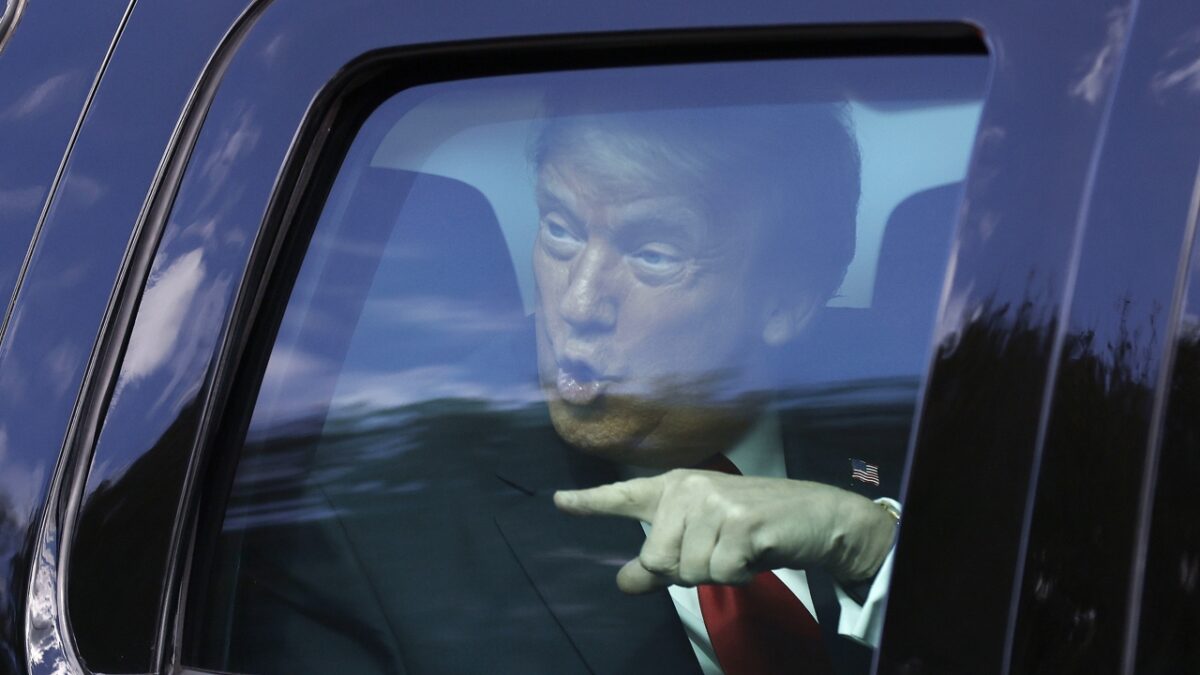 Former President Donald Trump slowed his motorcade to a crawl so he could spend the last few minutes of his presidency basking in the adulation of supporters who lined streets on the route to Mar-a-Lago.

Minutes before President Joe Biden was inaugurated, Trump breezed past reporters to his waiting motorcade in West Palm Beach, Florida on his way to the resort. Along the way, he was greeted by supporters who held signs and banners that included one which read “Fuck Biden,”according to a pool report from The Washington Examiner‘s Rob Crilly:

There was no crowd or greeters at airport. But supporters had gathered at key points along route at places in dozens

Some had Trump-Pence 2020 flags. Many wore red MAGA hats. A “f*** Biden” sign was spotted. One woman was crying as she held aloft a “We are not fake news.”

Some dissenters were spotted with a sign saying: “Firefighters for Biden.” A protester held up an “Odor of Mendacity” sign. There was also a “You’re Fired” and “Loser” sign.

But the pro-Trump crowd stretched a couple of miles before the bridge on to Palm Beach Island. Two or three deep in places.

“We love you 45.” “Support our Police.” We’re among other signs along the route.

A pink sign congratulating Tiffany on her engagement was also spotted.

The motorcade travelled at a crawl – not like the usual race down the road to MAL – slowing at each group presumably so POTUS could take in the support and wave.

Photographers also captured this kinetic photo of a Trump supporter waiting for the motorcade giving the finger to a dissenting motorist. 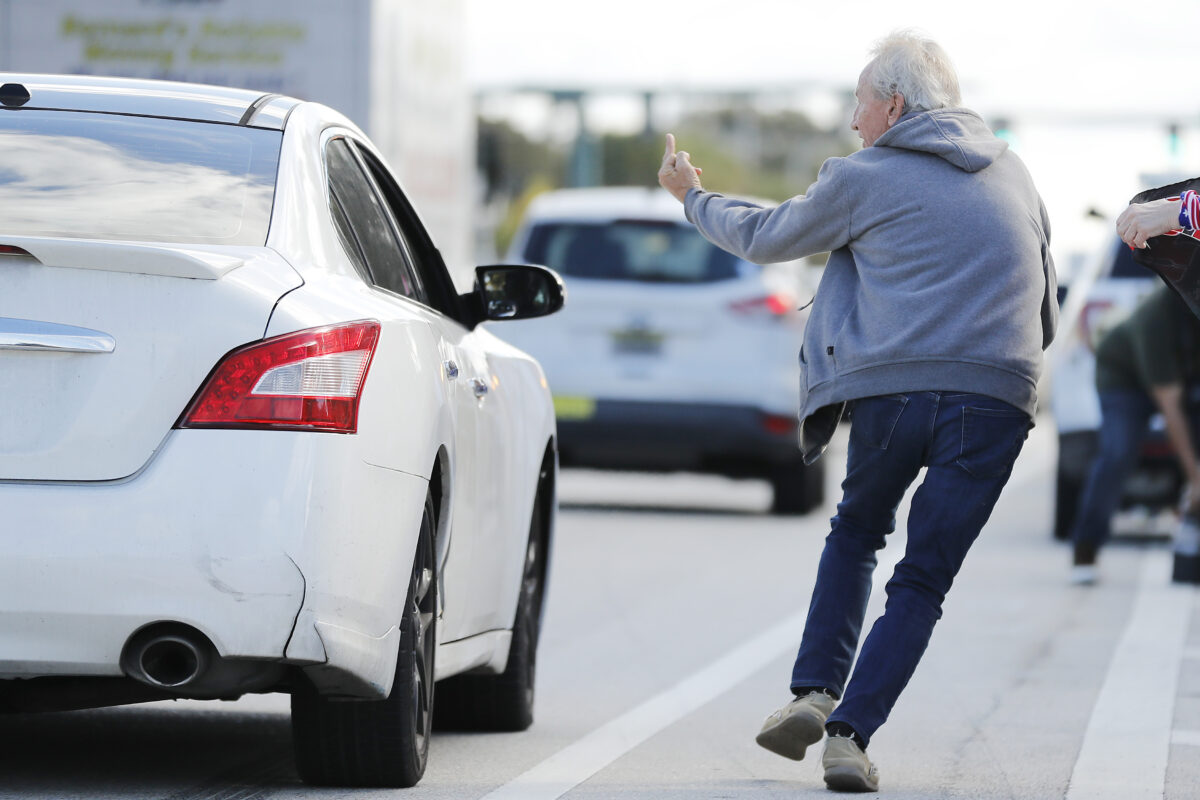 Several videos posted to Twitter showed the crawling motorcade making its way to Trump’s final destination, as he basked in the remaining glow of his presidency and rewarded his fans with a thumbs-up.

That’s not slowmo, President Trump’s motorcade is slowly making its way east on Southern Boulevard to Mar-a-Lago. As he went by he was waving at supporters @WPLGLocal10 pic.twitter.com/Oc59AlsOuc

There is a significant crowd of Trump supporters along Southern Blvd. The motorcade is moving slowly so @POTUS can take it all in. pic.twitter.com/KP5rEDK3og

He and First Lady wave and head over the bridge to Mar-a-Lago, marking the last image we’ll see of the Trump presidency. @CBS12 pic.twitter.com/vZCkym4VJb

Trump is no longer president, but he’s still commander-in-chief of his fans.