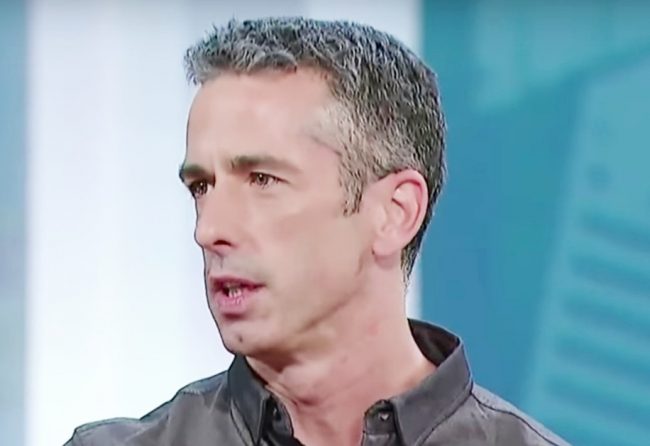 Dan Savage is known for a few things. He’s known for being a huge activist for the LGBT community and he’s known for getting a little swear-y. His work for the LGBT community has led him to adopt a pretty hard anti–Donald Trump stance, which hasn’t been too surprising to anyone familiar with his column, podcast, books, or Twitter account. The latest instance of him making that disdain known widened the umbrella a little to shade not only the President, but Melania Trump, too.

Well, he didn’t shade the First Lady. At the beginning of his most recent Savage Lovecast, he directly insulted her.

The issue, as he framed it, is that too many on the left are willing to give her a pass on bad behavior because she’s beautiful. In spite of the fact that she backed up her husband’s insistence that former President Barack Obama wasn’t born in America, effectively making it clear that she is not a passive part of the marriage or ideological movement, for instance, she still receives too much praise, according to Savage’s premise.

“God knows there’s enough hate in the world and I don’t want to add to the sum total, but forgive me, I have got to get this off my chest: I fucking hate Melania Trump,” he said, according to the Wrap. There was also this:

I’m not alone in loathing Donald Trump’s third wife — she’s married to a misogynist after all. Odds are good her husband hates her too. But there are some folks on the left who not only don’t hate her, they view her as some sort of sympathetic figure. The pretty princess in the tower locked up by the orange ogre with the bad combover, a princess desperately blinking out distress signals during swearing-in ceremonies and inaugural balls.

Savage went on to call her a birther, an “immigrant who doesn’t give a shit about the plight of other immigrants,” and a plagiarist to back up his assertion that she “is as ugly on the inside as she is pretty on the outside.”