All Along I Thought Trump Wasn’t a Conservative/Republican, But Now I Realize I’m Not
Opinion

All Along I Thought Trump Wasn’t a Conservative/Republican, But Now I Realize I’m Not 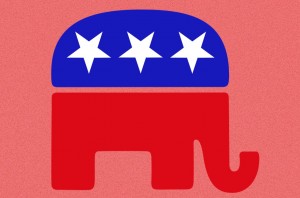 For over a year now I have been trying to warn Republicans and conservatives about Donald Trump. During this time period I have always been certain that he was not one of us and that his presence in the Republican primaries would either directly, or indirectly lead to Hillary Clinton’s election.

I have continued to sound this alarm even after his nomination, largely because I knew that the general election, barring a catastrophic event, was effectively over as soon as Trump was the GOP candidate. To me, resistance was futile and counterproductive (why would I want my side blamed for the results if Trump somehow got elected?). I also felt strongly that conservative/libertarian principles were more valuable than to be sold for a couple of magic beans in the form of a liberal, reality TV conman and that by at least educating conservatives to the coming disaster that I might play some very small part it trying to make sure it never happens again.

For this stance I have been literally called every dirty name you can think of (and used a few myself in frustrated retaliation), and been accused of actively supporting Hillary for president. As someone whose first documentary film was an anti-Clinton project and who helped write the anti-Hillary film which began the infamous “Citizens United” Supreme Court case, I have found this very common reaction to be both hilarious and exasperating.

After all, Trump has once held every liberal position that there is, given Hillary and the now suddenly horrible Clinton Foundation lots of money, invited the Clintons to his third wedding, and consulted with Bill Clinton before deciding to run. When he is the untouchable “anti-Hillary” person and someone like me is maligned as “pro-Hillary” simply for criticizing Trump, then clearly we aren’t in Kansas anymore.

However, as time has gone on I have realized that there is a flaw in my premise. I thought that I understood what it meant to be a conservative or a Republican. To me that involved believing in limited government, a strong national defense, fiscal responsibility, constitutional principles, character and honesty in our leadership, and accountability for one’s own actions. What I have been very late to realize is that none of these things are particularly important in today’s Republican Party because the platform apparently got completely changed without anyone telling me.

In Trump’s party belief in any particular policy or principle is completely arbitrary and is dependent on what suits our fearless leader on any given day (even, it now seems, with regard to his core campaign issue of being super tough on illegal immigration). Even more remarkable than the ever changing policy positions is how utterly irrelevant actual “issues” are to his campaign at all.

In fact, a list of what “Republicans” now stand for has nothing at all to do with policy or principle, but rather is filled with beliefs about very specific concepts. For instance, being a member of the current GOP pretty much requires you to pledge allegiance to most, if not all, of the following views:

So it is now all so clear to me. It’s not that Donald Trump isn’t a conservative or a Republican. It’s that I’m not.

My bad. It won’t happen again.
—
John Ziegler is a nationally-syndicated radio talk show host and documentary filmmaker. You can follow him on Twitter at @ZigManFreud or email him at johnz@mediaite.com