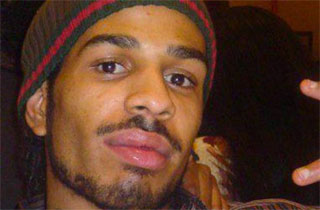 The war against the Islamic State of Iraq and Syria claimed another American life — but this time, one fighting on behalf of the jihadist group.

Douglas McAuthur McCain, an American citizen from San Diego who’d traveled to Turkey in May, was slain during a fight between two Syrian factions while fighting for ISIS. NBC News confirmed that he was found with an American passport on his body after his death.

According to people who knew McCain, he was known as a “normal guy, who was social, open-minded, like to smile always, and always wanted to be a good Muslim,” but had somehow become radicalized for an unknown reason, after a yearlong hiatus off social media:

“I reverted to Islam 10 years ago and I must say In sha Allah I will never look back the best thing that ever happen to me,” he posted. McCain — or Duale, as he had come to be known — then appeared to strike up online friendships with several self-proclaimed jihadis.

On April 3, McCain retweeted the full English translation of the speech of Abu Muhammad al-Adnani — the spokesman for ISIS.

Soon after, it appears that McCain’s travels took him to Turkey, a common jihadi route into Syria. Three people told NBC News that they met McCain -– who they referred to as Duale –- three months ago in in the Istanbul neighborhood of Sultanahmet. Two said they met him at the Burger King, where they ate and talked about the NBA.

McCain is not the only American-born jihadist fighting with ISIS, but may be the one with the most American name.

[Correction: This post previously referred to the late ISIS fighter as Douglas McArthur McCain when, in fact, his name is Douglas McAuthur McCain. We’ve updated.]