Are Advertisers Making The Right Choice By Leaving Rush Limbaugh?

Are Advertisers Making The Right Choice By Leaving Rush Limbaugh? 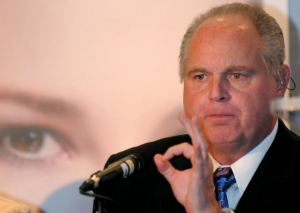 Yes, I’m fully aware that Rush Limbaugh’s vitriolic and misogynistic comments have sparked a firestorm that has morphed into a full-on boycott. As of this writing, 15 advertisers have called it quits, and those who remain have few options — all of which are uncomfortable, and have the potential to affect the bottom line in one way or another. So which option should a company choose?

Should Advertisers Stay or Go?

It’s clear that if a company stays with Limbaugh, the negative press will continue and could lead to lower sales. No company can ever afford to embrace bad PR — especially if it’s due to something unrelated to their practices or products — particularly when the negative reaction is due to where they have chosen to advertise, a decision that is intended to create a positive consumer impression. On the other hand — and this is less spoken of — companies that quit advertising on Limbaugh’s show are almost certainly losing an opportunity to connect with Limbaugh’s estimated 15-20 million weekly listeners. (Admittedly, there are other shows and methods in which to reach this consumer segment.)

Some would say that companies should stand for principle above profit. Under this premise it follows that if corporations’ principles guided them more often — instead of a profit motive — more good would be done, and inevitably the profit will follow. However that maxim — referred to as corporate social responsibility — is more easily applicable when the company is at fault and, therefore, the target of consumers’ ire, not necessarily so when the company’s unintended “support” of an offender by mere advertising with them becomes a lightning rod.

That isn’t to say some advertisers themselves weren’t personally offended by Limbaugh’s statements. This remark by one such advertiser, Carbonite, was made by their CEO, David Friend:

“No one with daughters the age of Sandra Fluke, and I have two, could possibly abide the insult and abuse heaped upon this courageous and well-intentioned young lady. Mr. Limbaugh, with his highly personal attacks on Miss Fluke, overstepped any reasonable bounds of decency. Even though Mr. Limbaugh has now issued an apology, we have nonetheless decided to withdraw our advertising from his show. We hope that our action, along with the other advertisers who have already withdrawn their ads, will ultimately contribute to a more civilized public discourse.”

But a quick look at the reactions to this comment on Carbonite’s Facebook page highlights the nuance of this situation. A flood of self-identified Limbaugh listeners and conservatives have reacted swiftly and threatened canceling their purchases. The company’s page is full of commentary, all politically charged, and some absurd. None of it has to do with the one thing the company can actually control — the quality and support of its products.

Carbonite has advertised with Rush Limbaugh for years. The most likely result is that this decision will lead to canceled purchases by those consumers, for whom the company’s marketing was effective. Luckily for Carbonite, research shows that “[c]onsumers who refused to buy from companies based on social or political events were far more likely to later abandon their boycott.” And, eventually, about 25% of boycotters later decide to purchase the boycotted products again. Unfortunately for Carbonite it’s almost impossible to quantify if boycotters are so impressed with the company’s decision to end the ads and the subsequent personal reason as to why, are more likely to purchase their products.

Boycotts are powerful agents of change. There’s no denying that. Ask Glenn Beck, who became embroiled in a very similar ad boycott sponsored by Color of Change, which led to over 100 advertisers leaving and arguably caused his departure from Fox News.

But all boycotts aren’t created equal. The proliferation of social boycotts that have become viral reminds me of when I used to intern for a state legislator during college. Criticisms and threats of voting for a different candidate would stream in via e-mail regularly, but the far majority of the authors didn’t even live in the legislator’s district and, so, weren’t eligible to vote for him anyway. That’s pseudo activism: when someone has little to no leverage in which to wield yet pretends they do — just to see if their target will blink. Limbaugh’s advertisers have some tough decisions to make. When the smoke clears, inevitably some will think advertisers have seen the light, and others will feel that they blinked.