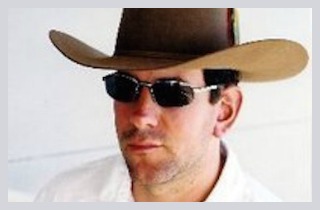 From a news media perspective, there are many similarities between how Barack Obama got elected president and how most conservatives fear the same will happen for Hillary Clinton: In 2008, the media was enthralled with the concept of electing our first black president and its historic implications; in 2016, it is presumed that the mainstream media will at least attempt to pave a similar path to “history” for our first female president.

However, there are a few, potentially very significant differences in how the Clinton narrative may likely be treated by her natural friends in the fourth estate in comparison to the Obama “fairytale” (as Bill Clinton himself once referred to it in 2008, before being blasted by his former media allies).

First, as I documented in my film about the 2008 election, “Media Malpractice,” the media was far more enchanted by the prospect of creating racial history than they were doing so in the realm of gender. If they hadn’t, Hillary Clinton probably would never have had the nomination snatched from her clutches despite having received more actual votes than Obama. Gender just doesn’t have the same juice as race when it comes to ratings/traffic and narrative creation, which are by far the two most potent motivators for the modern media.

Secondly, and perhaps more significantly, Clinton faces a major media hurdle which Obama did not (at least until he was already crossing the finish line): Matt Drudge and his vaunted Drudge Report.

I’m sure that many media observers on both sides of the political divide will scoff at this assertion for various reasons, but they lack a full grasp of the fundamental realities of the modern news media as well as a proper understanding of recent history.

Most conservatives would be shocked to know just how helpful Drudge was to Obama’s election in 2008. It is my very strong view (based on close observation and extensive contemporaneous communication with the late, great Andrew Breitbart, who was Drudge’s right-hand man at the time) that the news aggregator purposely took a dive on Obama during the Democratic primary and played a key role in how “The One” was able to swipe the nomination away from Clinton.

I have written about this incredibly under-discussed reality before (almost no one reported on it because crossing Drudge is considered career death on the right, and the left had no ability to either comprehend or even care about the story), and you can find several links proving my case here. I am also not the only commentator to report Breitbart’s take on this, as author John Lott begrudgingly admitted having had similar discussions with him.

For the record, I have saved numerous chat sessions with Breitbart about this subject, but they are not in a format that would meet the proper standard of “evidence.” However, I would gladly take a lie detector test on this subject and bet anyone foolish enough to question my veracity on the results of such a test.

As for why Drudge took a pass on several stories which could have torpedoed Obama’s 2008 campaign (most notably, the Rev. Jeremiah Wright fiasco), Breitbart and I differed on that. It was my opinion that his obvious animus towards the Clintons, combined with his (very accurate) view that an Obama candidacy and presidency would be great for his business, were the primary factors which led him to give the future president a giant pass.

For those who question how Drudge, an alleged conservative (I would submit that he is far more of a capitalist than a conservative), could have possibly influenced a Democratic primary, I suggest you lack a deep comprehension of how this media game now works.

The real power of the Drudge Report is not based in impacting the views of its right-leaning readership. It is instead its ability to create a “market” for stories which fit the desired narrative of the webpage, as well as its influence over other media members who help create the mainstream media narrative.

In the case of Obama’s 2008 campaign (and specifically with regard to Rev. Wright), when it became very clear that Drudge was not interested in negative stories on “The One,” two things immediately happened. First, the market for these stories quickly dried up because there was very little traffic “reward” for those who published them. Secondly, mainstream outlets struggling with what to do with the Rev. Wright story (and desperate for an excuse to be able to downplay it) were easily able to rationalize that if even right-winger Matt Drudge isn’t doing the story, it was perfectly appropriate for them to also let Obama slide.

Early on in the 2016 cycle it is already very obvious that Drudge will not be giving Hillary Clinton the same kid-glove treatment he gave Obama before his election (from which, it should be pointed out, Drudge has probably made more money than anyone in the media other than Fox News Channel). He has given huge play to the Clinton email scandal, her botched campaign rollout, and even seems to be on Martin O’Malley’s campaign staff (sorry, Drudge, but even as much as they would love a challenger for Clinton, the mainstream media is not going to get nearly as excited by an unemployed, middle-aged white guy as they were with “The One”).

But perhaps the way the Drudge Report’s remarkable ability to manipulate the rest of the media can be best seen is through the events surrounding the soon-to-be-released book, Clinton Cash.

Drudge played up Sen. Rand Paul’s promises of a coming bombshell regarding donations to the Clinton Foundation. Then The New York Times took the extraordinary step of blessing the book while using Paul’s promises in their first paragraph. Drudge immediately linked that story very prominently. This gave whoever made the surely controversial call inside The Times political “cover” because it insured that their story was a huge traffic magnet. It also assured massive mainstream coverage for the book when it comes out as well as a place on the best-seller list. All of this not only allows the story to seep into the permanent mainstream narrative of “Hillary momentum,” but it also makes it clear that a fertile landscape exists for future anti-Clinton stories to grow and flourish (similarly, Drudge’s obvious affinity for Carly Fiorina now has even liberal commentator Eleanor Clift doing favorable features on her for The Daily Beast).

Given that the modern media only pursues tough stories which provide an expectation of some sort of pot of career “gold” at the end of the story “rainbow,” this will have profound implications for Hillary Clinton. In this new media era, it seems the only way to get the mainstream media to be highly critical of the Democratic presidential nominee is to literally pay them off.

Thanks to Matt Drudge, this time around there will be a mechanism which makes sure that almost literally happens.

— —
>> John Ziegler is a documentary filmmaker who specializes in media-related stories. He has appeared as a live guest on nearly every national television talk show, including the Today Show and The View. He hosts a Sunday night radio talk show which is in the process of being nationally syndicated. For purposes of full disclosure for this guest column, he was also Matt Drudge’s fill-in host on Drudge’s old Sunday radio show when he was a full-time talk show host at KFI-AM in Los Angeles.