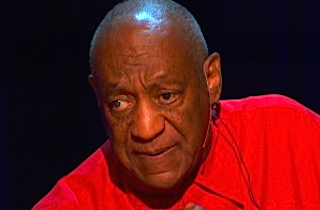 Bill Cosby has said so little about the dozens of sexual assault allegations against him that any time he does publicly comment on his situation it can be considered news. After Ticketmaster said it would offer refunds to ticket-holders for the comedian’s two stand-up shows in Denver this weekend, Cosby released a statement to E! News thanking the “courageous” fans who choose to attend regardless of his alleged behavior and the inevitable protests.

“Dear Fans: I have thousands of loyal, patient and courageous fans that are going to leave their homes to enjoy an evening of laughter and return home feeling wonderful. I’m ready! I thank you, the theatre staff, the event organizers and the Colorado Community for your continued support and coming to experience family, fun entertainment.”

Cosby’s career as a stand-up comic has been put in serious jeopardy by the accusations, all of which he has denied. Judd Apatow notably criticized venues for not canceling his appearances and he was met with protesters and hecklers when he recently appeared in Ontario, Canada.

Even some of his fans did not take kindly to a remark Cosby made to a woman in the audience at one show who got up in the middle to get a drink. “You have to be careful about drinking around me,” he said, apparently referencing the numerous stories about him drugging and raping women.