Bill Simmons Officially Out at ESPN, Will No Longer Oversee Grantland

Bill Simmons Officially Out at ESPN, Will No Longer Oversee Grantland 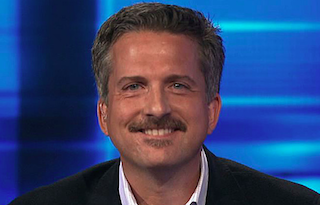 It’s official. One week after Bill Simmons learned that he’d been fired via Twitter, Sports Illustrated is reporting that he and the network he worked at for 15 years have come to an agreement that terminates his employment with the company.

According to Richard Deitsch’s report, Simmons will no longer appear on television or his regular podcast for ESPN and is ending his involvement in the flagship sports and pop culture site Grantland he created for the company back in 2011. He is said to have sent a farewell memo to Grantland staffers so if anyone out there feels like sharing, let us know.

So far, the speculation is that Simmons will either end up at Fox Sports, or, more likely Turner Sports, which offers connections to HBO and CNN along with TBS and TNT, where Simmons popped up briefly over the weekend during an NBA playoff game.

It also would not be surprising to see his B.S. Report podcast continue, either with that name or a new one, on a new platform. Perhaps he could follow in the footsteps of screenwriter Brian Koppelman, who recently transferred his podcast, The Moment, from Grantland to Slate.

Simmons has been uncharacteristically silent during this whole ordeal, refusing to give any interviews or even communicate much of anything to his fans and readers via social media besides a handful of New England Patriots highlights and this piece on insight on Wednesday:

As of 2:40 p.m. ET on Friday, his name still appears as editor-in-chief on Grantland’s masthead: