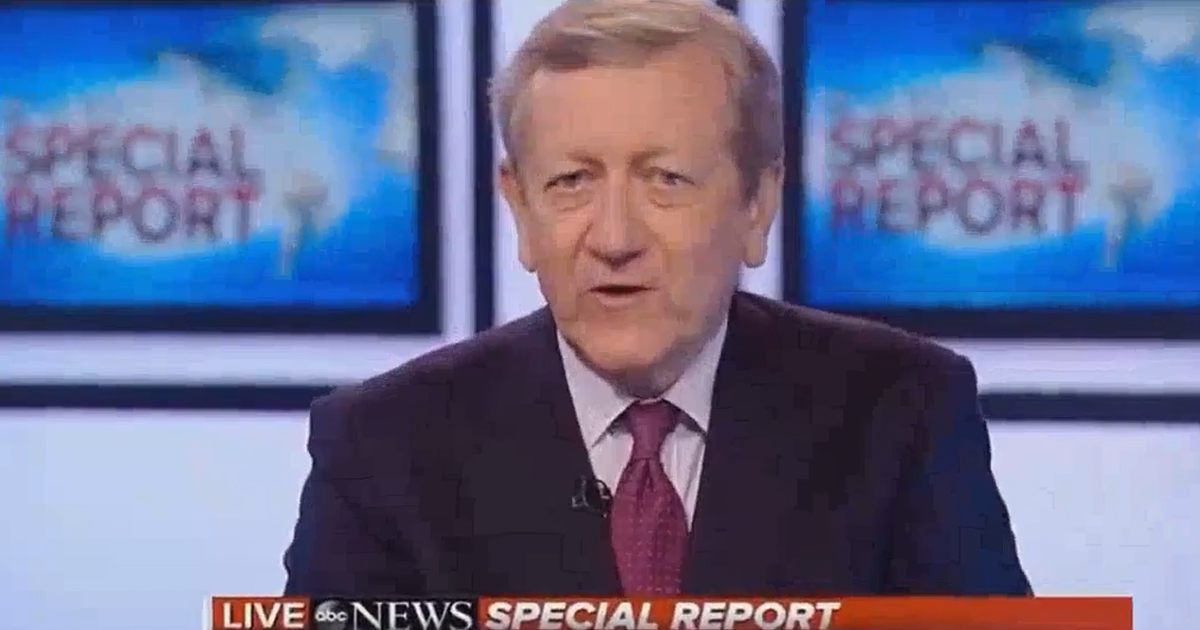 Journalist Brian Ross announced on Monday that he, along with fellow investigative journalist Rhonda Schwartz, will be leaving ABC’s news division after twenty-four years with the company.

In December of last year, Ross was suspended for a false report on former Trump adviser Michael Flynn. Ross reported that Flynn was about to testify that President Donald Trump had “directed him to make contact with the Russians” during the campaign. In fact, he had not been directed to contact Russia until after the election.

The report broke very big, even affecting the stock market, and the network not only apologized and suspended Ross, but also moved him from a leading role at the division.

In their joint statement, Ross and Schwartz expressed gratitude for the company, but stated they are not getting out of the business of investigative journalism.

After a great run of 24 years, we have decided to pack up and move on from ABC News, an organization that has meant so much to us.

We leave with enormous gratitude for all those who supported us and helped build the industry’s most robust and honored investigative unit. It is a point of great pride to see the soaring careers of so many of the talented and dedicated people who worked with us in producing hundreds of ground-breaking investigative reports that empowered the disenfranchised, exposed corruption and helped make our society a better place.

While we are signing off from ABC News, we are hardly leaving investigative journalism. There is much more to do.

It's time to say good-bye after 24 years at ABC News, an organization that has meant so much to us. While Rhonda Schwartz and I are signing off from ABC News, we are hardly leaving investigative journalism. There is much more to do.

After more than two decades at ABC News, Brian Ross and Rhonda Schwartz have decided to leave the company.

In their long careers here, Brian, Rhonda and their team have been recognized with nearly every prestigious award in our business – an impressive tally of four George Polk awards, four Peabody awards, four duPonts, five Murrows, 17 News and Documentary Emmys and the Harvard Goldsmith Prize, in 2014, for the single best investigative report in print or broadcast.

They’ve exposed government corruption at every level, international human rights abuses and fraud, uncovered dangerous working conditions, sexual abuse cover-ups and dishonest business practices. Their work has led repeatedly to real changes in policy in the U.S. and around the world. They broke numerous stories following 9/11 about the government investigation of the attacks, from the identification of the terrorists to secret CIA prisons. Over the years they have built a team of the best investigative journalists in our industry, and they leave behind an outstanding group that will continue to break stories for many years to come.

Please join me in thanking Brian and Rhonda for their tireless work at ABC News. They asked me to share the note below with all of you. We wish them well in their next chapter.