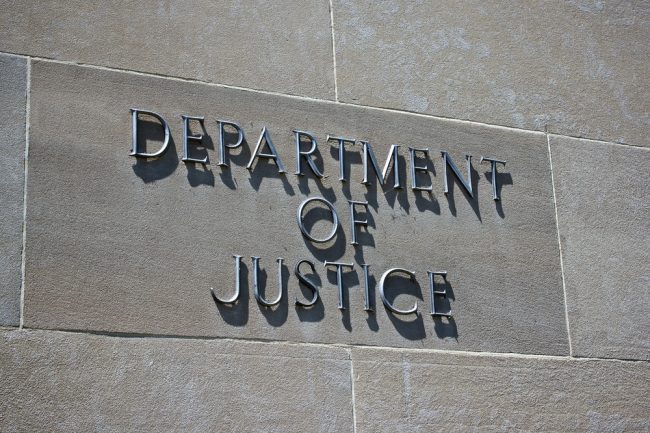 The Department of Justice charged a Federal contractor in Georgia on Monday with leaking classified materials to the press.

According to a DOJ release, 25-year-old Reality Leigh Winner is being charged with removing classified material from a government facility and mailing it to a news outlet.

“Exceptional law enforcement efforts allowed us quickly to identify and arrest the defendant,” Rosenstein said. “Releasing classified material without authorization threatens our nation’s security and undermines public faith in government. People who are trusted with classified information and pledge to protect it must be held accountable when they violate that obligation.”

According to the DOJ, Winner began working as a contractor at Pluribus International Corporation on February 13. The DOJ release details the allegations as follows:

NBC News is reporting that the document Winner is alleged to have leaked was published by The Intercept on Monday. It was a top-secret NSA report which found that Russia tried to hack into voting machines in the days leading up to the 2016 election.

JUST IN: FBI has arrested and charged the woman they say leaked a Top Secret document to The Intercept, federal official tells NBC News.

This story is currently breaking and will be updated as soon as more information becomes available.