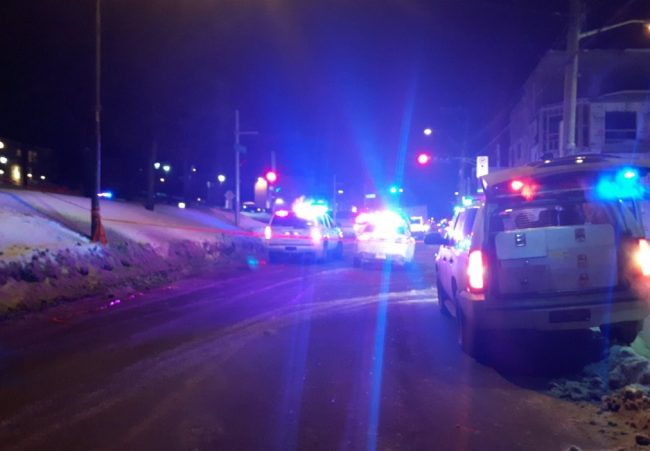 Five people were shot and killed on Sunday night inside of a mosque in Quebec City, Canada.

Emergency services are addressing a situation that took place at Centre Culturel Islamique de Quebec, and BBC reported that two people were killed during evening prayers.

Various reports indicate that there were approximately 40 people inside the mosque at the time, and that at least one suspect has been arrested.

UPDATE – 9:55 p.m. EST: Reports indicate that up to three gunmen were behind the attack, and the death toll has increased:

UPDATE – 10:05 p.m. EST: Two people were reportedly arrested over the incident, and video has come in from the scene.

UPDATE – 10:47 p.m. EST: Canadian Prime Minister Justin Trudeau tweeted out his sympathies for the victims of the attack.

Tonight, Canadians grieve for those killed in a cowardly attack on a mosque in Quebec City. My thoughts are with victims & their families.

UPDATE: Monday 7:52 a.m. EST: Six people have been killed and another eight wounded in the attack, ages ranging from 35 to 70.

Six killed, eight injured in ‘terrorist attack on Muslims in a centre of worship and refuge’ in Quebec City, Canada https://t.co/WLuar00mIK pic.twitter.com/7PjV0LCz61