One person has died and four firefighters were injured after a fire broke out on the 50th floor of Trump Tower in Manhattan Saturday afternoon, CNN reported.

Firefighters responded to the three-alarm fire at the New York home of President Donald Trump just after 5:30 p.m., and the blaze was reportedly extinguished an hour later. Videos showed the fire raging out of the 50th floor — watch above, courtesy of reporter Debora Calderon.

Dozens of firetrucks reportedly responded to the 58th story skyscraper near Central Park. No injuries have been reported.

At least one person has died in the fire at Trump Tower in New York. Four firefighters were injured, officials say. https://t.co/VbhJoILG2o pic.twitter.com/bPfiLynrCZ

A photo sent to Mediaite from the scene showed the fire had shattered windows on two sides of the 50th floor: 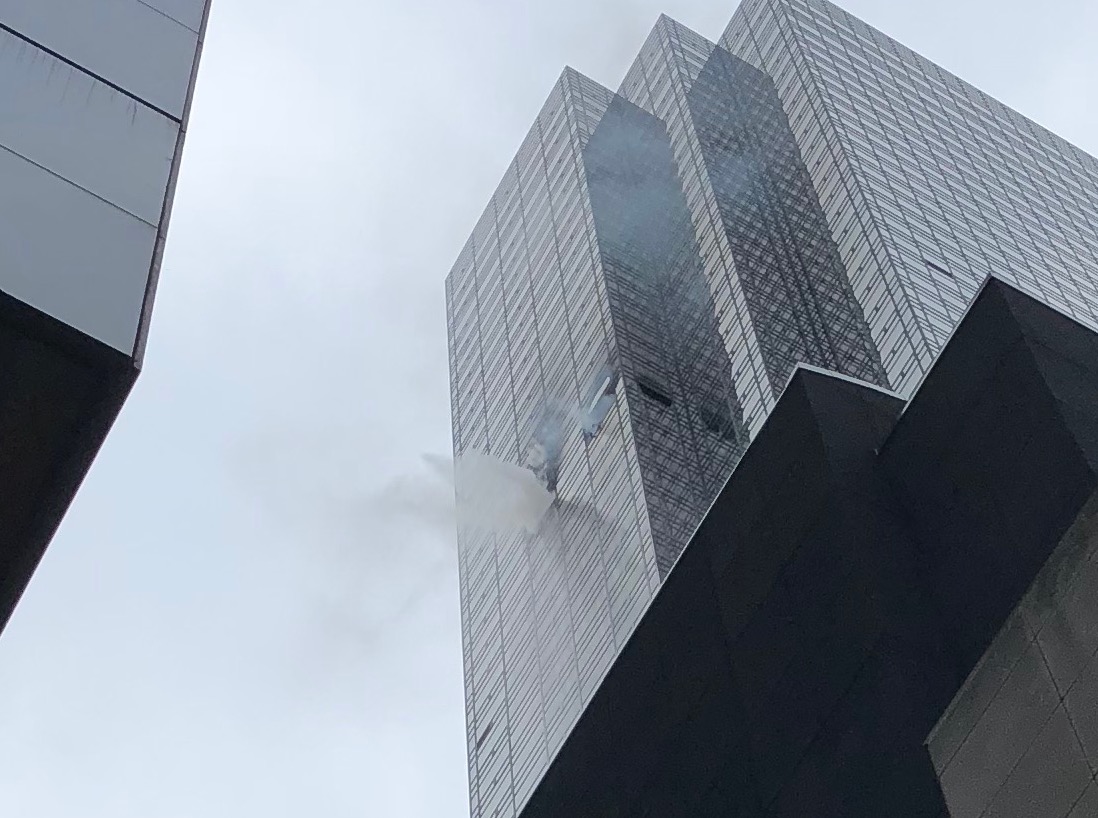 Trump reacted to the blaze on Twitter, thanking the  firefighters who worked to thwart it and praising his tower for being a “well built building”:

Fire at Trump Tower is out. Very confined (well built building). Firemen (and women) did a great job. THANK YOU!

Here are more videos from the scene:

There is a fire right now in Trump Tower. Was small and then something happened where the size doubled in seconds! pic.twitter.com/NnFNHEfJBg