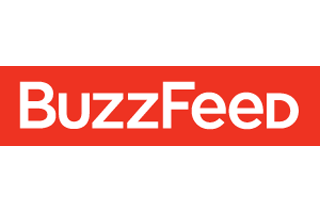 Wondering what’s in store for this week? I’ve got all the breaking viral videos, emerging trending topics, fresh memes, and viral predictions you need for May 30th, 2011.

In this alternate video for Bruno Mars’ Lazy, a mostly-retired Leonard Nimoy spends his day in a bathrobe, generally not giving a damn about the fact that he used to be Spock.

Although the video came out on Thursday of last week, the majority of views came in over the weekend meaning you’ll probably see this around a few more times this week.

This upcoming Image Macro Meme began mid-may but has seen impressive growth on Tumblr over the weekend.

Although this bear is a self-deprecating characterization of a specific gay niche, you don’t need to be a 6 on the Kinsey scale to identify with the bear’s self-sabotaging moodiness.

Author Paul Jury busts through 50 State Stereotypes In Under 2 Minutes in this promotional video for his new book of the same name. After a big bump from Reddit on Sunday, this “it’s funny because it’s true” video is likely to see a decent amount of sharing as the week progresses.

And this is a cat showering in the sink. Enough said.

Trending Because People Don’t Want It

Demi Lovato’s difficult past with self-mutilation isn’t new, but the phrase “Demi & Cutters” hit Twitter’s Trends list this weekend, in large part due to the fact that many people still don’t understand how the algorithm is simply detecting phrases.

The lesson here, in case it wasn’t obvious, is that saying “I’m outraged that Demi & Cutters is trending” still contributes to the trend.

Let this principle be applied to all things that are annoying but still go viral. If you want it to go away, don’t express your distaste. Divisiveness breeds virality exceptionally well. If you don’t want to see it, don’t mention it.

Searches for content related to the arts and humanities will begin their decline as we head into June, while searches for travel and recreation-themed content will rise.

Morgan Freeman turns 74 on Wednesday. I would be surprised if we didn’t see sort of hilarious send-up to him this week.