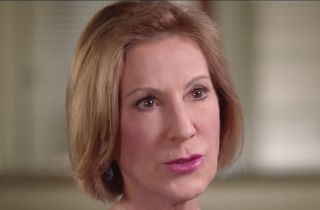 Republican presidential candidate Carly Fiorina defended the practice of waterboarding, as well as other agrressive counterterrorism measures like torture and spying, in recent comments to Yahoo News.

The former Hewlett-Packard CEO made the comments while defending tactics implemented during former President George W. Bush‘s administration, which were condemned by the Senate Intelligence Committee’s 2014 torture report.

Not only did Fiorina believe that waterboarding worked to “keep our nation safe,” but she also doesn’t think the tactic was used as often as the report’s authors argue.

As for the Senate report, the Republican presidential candidate called it “disingenuous” and “a shame.” She even argued that the report’s faulty findings did more harm than good, as it consequently “undermined the morale of a whole lot of people who dedicated their lives to keeping the country safe.”

Interestingly enough, Fiorina’s defense of waterboarding et al. was book-ended by her own admission of having cooperated with the CIA’s warrantless wiretapping program, “Stellar Wind.” Then NSA director Michael Hayden confirmed to Yahoo News the ex-CEO’s story about receiving a call from him soon after Sept. 11, 2001, requesting access to HP’s servers for emergency surveillance purposes.