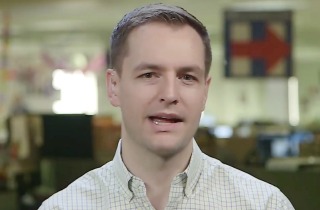 During a Monday interview with Fox 5 DC, Clinton campaign manager Robby Mook was asked about an online rumor which suggests that Hillary Clinton wanted to assassinate Wikileaks founder Julian Assange with a drone strike.

Amid the recent indications that they were preparing an “October surprise” for Clinton, the transparency organization circulated a TruePundit report yesterday that made quite the charge against the former secretary of state.

“I’m reticent to comment on anything that the Wikileaks people have said. They’ve made a lot of accusations in the past,” Mook responded. He went on to blast Donald Trump‘s campaign for using Wikileaks to distract from his recent troubles and perpetuate “conspiracy theories.”

Wikileaks took notice of Mook’s interview, reacting with this tweet.

Wikileaks has played a major role in the 2016 election, having leaked the Democratic National Committee’s leaked emails before the July convention, and spread several bits of unflattering stories about Clinton. Wikileaks supposedly possessed extremely damaging information about Clinton, but they announced no such thing during their highly anticipated conference this morning.