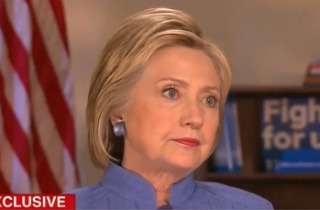 Former Secretary of State Hillary Clinton released a statement on Sunday night detailing her full reaction to violent acts that took place over the weekend.

Americans continue to absorb the fallout from three events on Saturday: an explosion in Manhattan, the botched pipe-bombing of a New Jersey charity run, and a stabbing spree inside a Minnesota mall. In response to these occurrences, Secretary Clinton praised the response of America’s emergency services, and laid out her plan to deal with terrorists like ISIS, the apparent perpetrator of at least one of these attacks:

“I strongly condemn the apparent terrorist attacks in Minnesota, New Jersey, and New York. I pray for all of those who were wounded, and for their families. Once again, we saw the bravery of our first responders who run toward danger to help others. Their quick actions saved lives. Law enforcement officials are working to identify who was behind the attacks in New York and New Jersey and we should give them the support they need to finish the job and bring those responsible to justice – we will not rest until that happens. ISIS has claimed responsibility for the attack in Minnesota, and this should steel our resolve to protect our country and defeat ISIS and other terrorist groups. I have laid out a comprehensive plan to do that. This includes launching an intelligence surge to help identify and thwart attacks before they can be carried out, and to spot lone wolf attackers. We also need to work with Silicon Valley to counter propaganda and recruitment efforts online. Americans have faced threats before, and our resilience in the face of them only makes us stronger. I am confident we will once again choose resolve over fear.”