Clinton Spox Spars With WikiLeaks, Accuses Them of Supporting Trump 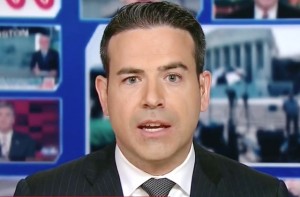 Hillary Clinton‘s campaign appears to have found itself in an online fight with WikiLeaks after accusing them of being a propaganda arm for Donald Trump.

For the past two days, the Clinton campaign has been dealing with several peculiar revelations after the organization dedicated to “radical transparency” started publishing emails that were hacked from campaign chairman John Podesta‘s account. The leak comes as U.S. intelligence officials warn that Russia is trying to interfere with the 2016 election, which implies the possibility that WikiLeak’s information might have come from foreign hackers.

Clinton campaign spokesman Brian Fallon brought this up on Monday as he went on a Twitter rant over the leaked emails. Fallon bemoaned that the media was treating an “illegal hack” like a FOIA report, and claimed that WikiLeaks founder Julian Assange is collaborating with the Russians to target Clinton specifically to help Donald Trump:

If you are going to write about materials issued by @wikileaks, you should at least state they are product of illegal hack by a foreign govt

Russia actively trying to boost Trump is way more important than how our campaign's tweets are crafted, but is getting fraction of coverage

Media needs to stop treating Wikileaks like it is same as FOIA. Assange is colluding with Russian government to help Trump.

Wouldn't it be good reading to see internal discussions abt Trump's taxes? Yes but Wikileaks isnt targeting Trump. That tells you something.

All of these tweets eventually drew WikiLeak’s attention:

@brianefallon Yes. It tells you that we are an award winning media organization and not 'hackers'. We don't "target" anything.

That rebuttal led to this exchange:

.@wikileaks You are no media organization. You are a propaganda arm of the Russian govt, running interference for their pet candidate, Trump

@brianefallon False. Spewing lies does not increase your campaign's credibility. Who we are is well documented: https://t.co/hgo2xg3ukr