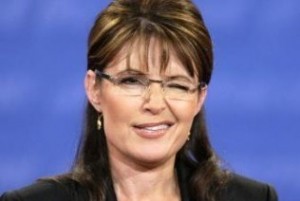 In the new ad for her ‘SARAH PAC,’ Palin rails against consultants, with a clip from her 2013 CPAC speech where she exclaims: “Don’t let the big consultants, the big money men, and the big bad media scare you off! … Now is the time to furlough the consultants…”

But, as it turns out, Sarah Palin is quite a fan of consultants, if her PAC’s spending is any indication.

As The Daily Beast‘s Jon Avlon reported, having combed through the PAC’s financials, out of the $5.1 million the PAC spent in the last election cycle, only $298,500 was spent on candidates. Avlon notes:

“But the real news comes when you look at how donors’ money was actually doled out: just $298,500 to candidates. The bulk of the rest of it, more than $4.8 million, went to—you guessed it—consultants.That’s some seriously hypocritical overhead….

Palin’s chief PAC consultant, Tim Crawford, pocketed more than $321,000 this election cycle in direct payments alone, according to the documents. Aries Petra Consulting was taking in between $6,000 and $8,000 a month for speechwriting and “grassroots consulting”—something that sounds like an oxymoron, but ended up costing north of $160,000. C&M Transcontinental racked up $10,000 a month in management consulting, which is hard to imagine for a PAC whose job is simply to raise money and spend it on candidates. Inside SarahPAC, there were consultants for research and consultants for logistics and consultants for issues and on and on and on.  It’s hard to find any area where consultants weren’t employed.”
[emphasis added]

On CNN yesterday, Avlon noted that Palin “spent more on her top consultant than she did on all the candidates she doled out money to…. There are consultants for every issue imaginable in SarahPAC” and added that the PAC is “somewhere between a business and a racket right now.” [Click here for a report and video of Avlon’s CNN appearance.]

But how are conservatives taking the news? Many are, well, not pleased. 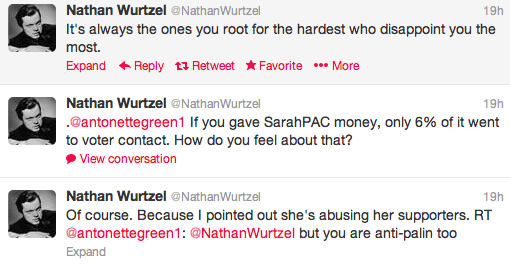 Some conservatives, before the numbers even debuted, were already skeptical of SARAH PAC and its finances: 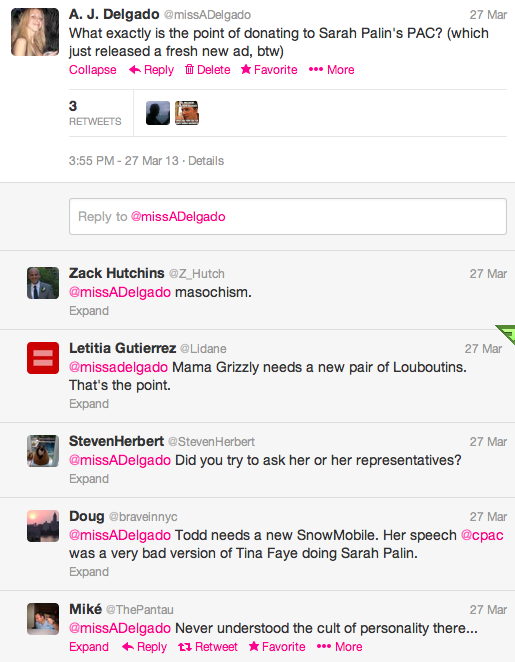 There’s a sucker born every minute. For those, there’s a fresh new site for SARAH PAC donations. Enjoy. The rest of us, however, say: “Bye-bye, Sarah.”